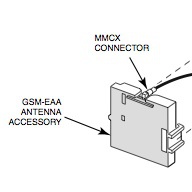 Unfortunately for the Honeywell GSM-EAA, it isn't really used today. Newer AlarmNet Communicators already have the connector needed to support an added antenna, so the GSM-EAA isn't needed. The product is discontinued, and you are unlikely to find it new. You probably shouldn't look for a used model either, as it isn't needed for any practical purpose. The only reason we give this product a 5-Star score is because it was once useful, and it never really did anything wrong.