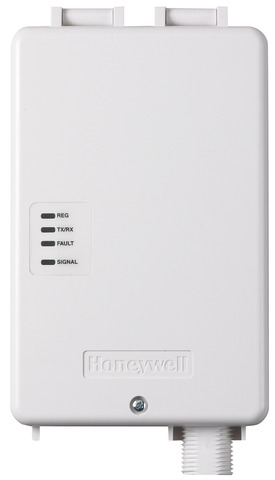 We do not recommend the Honeywell GSMX4G-TC2. This product has since been replaced by the Honeywell LTEXA-TC2. The GSMX4G-TC2 includes both a GSMX4G AT&T 3G Communicator and the latest PROM Chip upgrades for VISTA 15P and 20P Panels. While the PROM Chips are still good, the GSMX4G can no longer be activated with the 3G Sunset. As a result, it makes no sense to purchase this kit. You should get the LTEXA-TC2 instead. That kit includes the latest PROM Chips and the newer communicator.

The AT&T 3G Network used with the Honeywell GSMX4G-TC2 is going to be shut down in the next few years. As a result, the carrier no longer allows activations for 3G models like the Honeywell GSMX4G. In our experience, users in areas with strong service from AT&T should find that an AT&T LTE Communicator will work even better than an AT&T GSM Communicator. The AT&T LTE Network is superior in virtually every way, and it should provide faster and more reliable connectivity. There really is no reason to get a GSMX4G or its associated GSMX4G-TC2 Kit when you can just get the newer equivalent. You should find that the LTE-XA or LTEXA-TC2 works better in every aspect.

LTE stands for Long Term Evolution. Cellular service providers have stated that they plan to support their LTE Networks for many years to come. By getting an LTE communicator like the LTE-XA or LTEXA-TC2, you are "future-proofing" your VISTA System so that it can be used for alarm monitoring for many years to come. Anyone looking for a new cellular communicator should make sure to get an LTE model. Additionally, Honeywell is expected to offer a dual-path LTE/IP option called the LTE-IA in the near future. There is already a Verizon dual-path option with the LTE-IV, and the LTE-IA should serve as the AT&T LTE equivalent. There are PROM Chip upgrade kits available for these dual-path communicators as well.

Bottom line, do not get the GSMX4G-TC2. Get the LTEXA-TC2 or one of the other LTE options instead.