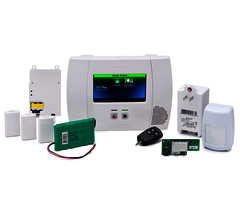 There are many things to like about the Honeywell L5200PK-WIFI-3G. The L5200 System can actually be upgraded using a Honeywell LYNXTOUCH-MSD Firmware Updater Tool and still be used for IP and cellular monitoring. This kit came dual-path ready, which was extremely innovative for the time. The L5100-WIFI IP Communicator can still be used and activated without issue. And if the 3GL Communicator is already activated, it can still be used until the associated 3G cellular network is shut down. All of the sensors included with this kit are top-quality, and they can still be used reliably to this day. Really, if you are currently using this system, and you are happy with its performance, then there is little reason to replace it. You might even consider upgrading to an LTE cellular communicator for enhanced reliability and performance.

The biggest downside to the Honeywell L5200PK-WIFI-3G is that the included 3GL Communicator can no longer be activated for monitoring service. Existing units that are already active can continue to be used until the associated cellular network is shut down. Once that happens, the communicator can no longer be used in any useful manner. Some users may also be disappointed with the L5200, as it is an older system, and most of its possibilities for home automation are quite limited. Still, this was a really good kit for its time, and many users are still happily using this product. That is why it gets 5 Stars from Alarm Grid.

Bad: 3GL Can No Longer Be Activated, 3GL Cellular Network Will Be Shut Down, L5200 is Older System, Limited Automation Possibilities