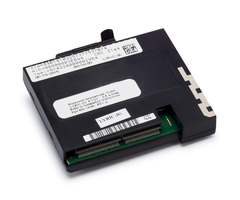 The Honeywell Lyric-3G is an AT&T 3G Communicator for the Honeywell Lyric Security System. This communicator provides cellular backup for the system to accompany its built-in WIFI. The system will then be able to connect with the AlarmNet360 Servers through both WIFI and cellular. But there are some major downsides to this communicator as well. The device connects with the AT&T 3G Network, and 3G activations for AlarmNet are no longer permitted. But if you have this communicator already activated, then it will continue to work until the AT&T 3G Network is shut down. Still, it was a great product at its time of release, so we give it 5 Stars.

You can say a lot of good things about nearly any cellular communicator. The Lyric-3G provides very reliable connectivity, and it helps ensure that the Lyric System always maintains connectivity with the AlarmNet360 Servers. The device is very easy to install, as it can be conveniently inserted into a port on the side of the Lyric System. The WIFI for the system can still be used once the Lyric-3G is added, which will make the system dual-path ready.

But the downsides to the Lyric-3G must also be discussed. The communicator connects with a 3G network, and new activations for the module are no longer permitted. AT&T plans to shut down their 3G network in the coming years. Once that happens, this module will no longer work at all. The LYRICLTE-A (AT&T LTE) will provide faster and more reliable service. You will need to upgrade to that communicator in the coming years if you have a Lyric-3G activated. Or if Verizon works better in your area, go with the LYRICLTE-V.

The Lyric-3G Communicator is good at what it does, and you can continue to use it as long as it remains active. Just remember that the AT&T 3G Network will be shut down before too long! If you are in the market for a new communicator, get the LYRICLTE-A instead!

Bad: 3G Network Being Shut Down, Can No Longer Be Activated, LYRICLTE-A Provies Faster and More Reliable Service