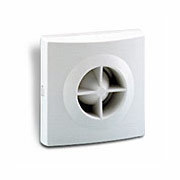 Assuming that you do decide to purchase the Honeywell WAVE2F instead of the WAVE-F, you will receive an easy to install flush-mount siren that can be installed into a standard double-gang electrical box. The WAVE2F siren might be a small package, but it can produce sounds of up to 106 dB from one (1) meter away. It offers support for a steady tone and a warble tone for added flexibility. It draws 500mA from the panel when the siren is activated, so make sure to keep that in mind when doing your power draw calculations. Its small depth allows it to be unobtrusive as possible.