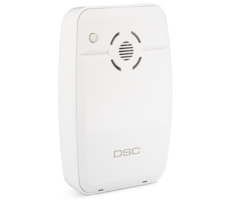 担保限制
在任何情况下，针对因违反该担保、协议，或因法律疏忽和
严重错误，或以其他法律理论为基础而产生的任何特殊的、
意外的、继发的或间接的损坏，
DSC
不承担任何责任。这种
损害包括，但不仅限于，利润损失，软件产品或任何相关的
设备损坏，资金成本，替代或更换设备的费用，设施或服务，
停机时间，购买时间，包括客户的第三方索赔和财产损失。
警告：
DSC 推荐对整个系统定期进行系统检测。但是，即使频
繁检测，因为 （但不限制于）非法入侵、电子干扰或其他原
因，本软件产品仍有可能运行不正常。 FCC Compliance Statement
CAUTION:
Changes or modifications not expressl
y approved by Digital
Security Controls
could void your authority to use this equipment. This equipment has been tested and found to
comply with the limits for a cl
ass B digital device pursuant to Part 15 of the FCC Rules. Operation
is subject to the following two conditions: (1) This
device may not cause harmful interference, and
(2) this device must accept any interference received, including interference that may cause unde-
sired operation.
IC: 160A-WT4901
The term ‘IC:’ before the radio certification number only signifies that Industry Canada technical
specifications were met.
This Class B digital apparatus complies with Canadian ICES-003. Cet appareil numérique de la
classe B est conforme à la norme NMB-003 du Canada.
Notes
:
Notes
: