John W. from Terre Haute, IN

6-8 months ago I went shopping for alarm system because we were going to be traveling a lot. Also we had a pipe break in our crawl space and water flooded it while we were gone for a few days.

I interviewed 3 companies. Two of them proposed using the exact same system I eventually installed. After doing some research on the internet I came across Alarm Grid and decided I could DIY. I ended up spending about the same amount of money but got a lot more system. I have protected all of the doors with individual sensors. Because we have a lot of windows I have a bunch of motion detectors. Then I also included a couple of smoke detectors, thermal alarms in case we lose heat and two sensors for the crawl space.

Although I am pretty handy with tools installation couldn’t have been easier. Everything was installed in an afternoon. Every device paired up with the control panel without any problem. Then Alarm Grid helped my fine tune the system with various wait times for entering and leaving.

I also purchased some Zwave devices and have the system turn various lights on and off when we are gone. Took a little more effort to figure out how to program them but, again, Alarm Grid forwarded some printed material that helped a great deal.

Alarm Grid gave me a form when the system was up and running and I was connected to monitoring. I forwarded to my insurance company and received a rebate on my homeowner’s insurance. I don’t recall the exact amount but it was roughly equal to the early cost of the monitoring.

Alarm Grid has been great from purchasing the system, installing it, fine tuning it and then monitoring it. We couldn’t be happier with our system and the service we have received. 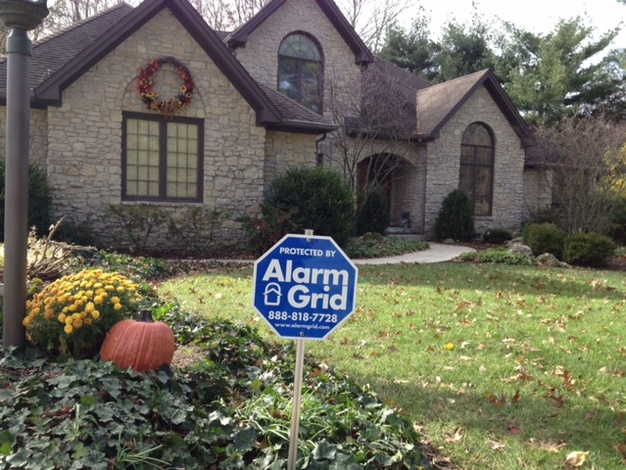