Pairing a 2GIG SP2 with the 2GIG GC3e 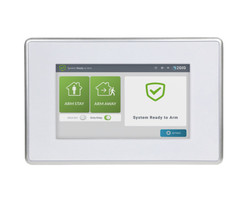 You pair a 2GIG SP2 with a GC3 or GC3e if you want to be able to control that system from an additional on-site location. Some common locations for a 2GIG SP2 Keypad include by a front door, a back door, a garage door, or really area that is used for coming and going. The idea is that you won't have to go all the way to the main GC3 or GC3e Panel. Other options for controlling the system include a key fob or the Alarm.com Mobile App. But many users prefer having a dedicated keypad to serve as a secondary controller.

The 2GIG SP2 is paired with a compatible 2GIG GC3 or GC3e through WIFI. Most users will have WIFI readily available in their homes and offices, so this is usually how the 2GIG SP2 is paired. But if you are using the system in an area without WIFI, then you can complete the pairing process by enabling access point (AP) mode on the 2GIG GC3 or GC3e, and then connect the SP2 to that access point. It is important to note that the 2GIG SP2 Keypad only allows for relatively basic security functions. You cannot perform automation commands or system programming through the 2GIG SP2. Also, the 2GIG SP2 can only control the Smart Area Partition that it has been assigned. It cannot control other partitions on the system.