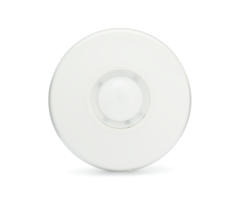 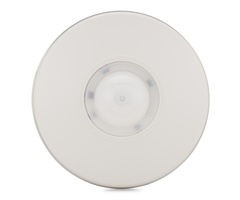 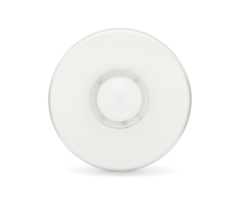 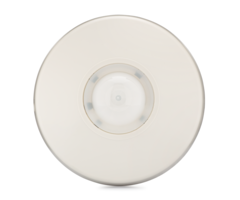 If you want to have your system detect movement only in a certain section of a room, then a wireless ceiling-mount motion detector might be the ideal solution for you. These devices have a 360-degree coverage pattern, and they are designed to look downwards. That is why mounting them on the ceiling in usually the best option. Most wireless ceiling-mount motion sensors have a recommended mounting height that allows you to achieve an optimal coverage area. Mounting the 360-degree motion too low can reduce the coverage area. Mounting it too high can prevent it from detecting movement below. Of course, you cannot easily change the height of your ceiling. But you might want to measure and make sure the area is suitable for a ceiling-mount motion detecting sensor.

The typical ceiling-mount motion sensor will use passive infrared (PIR) technology to detect movement. This is the same principle used by standard motion detecting sensors. A PIR sensor will look for changes in infrared (IR) energy that occur with movement. Every person and object gives off a very small amount of IR energy. A small change in IR energy will occur when a person or object comes into a motion sensor's field of view. A PIR motion sensor is able to detect this change and will alert the security system when such movement is detected. This is a very reliable method for detecting movement, and it ensures that the system takes proper action upon detecting an intrusion event.

The ceiling-mount motion sensors shown here are all wireless devices. In other words, they communicate with the system wirelessly. This makes these sensors easier to install, as you do not have to run wires from the panel to the motion sensor. All you need to do is mount the sensor to the ceiling and program it to the system. And since many of these sensors can be securely mounted with double-sided foam tape, you can often do this without having to drill holes in the ceiling. You should perform a walk test after installation to ensure that the device can detect movement successfully from its location.