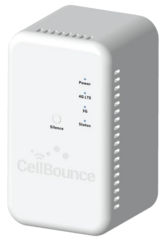 This solution will allow security systems that are affected by the AT&T 3G network shutdown to continue working without needing expensive communicator replacement. Upgrade your system today!

Important Note: The Cellbounce is not supported in Alaska, Hawaii, or Puerto Rico. It is only supported in the contiguous United States.

In order for this to work, the existing AT&T 3G communicator must not be in comm fail at the time provisioning begins. The AlarmNet360 configuration must be completed BEFORE the Cellbounce device is powered up. When powering the Cellbounce, it should connect directly to an unswitched outlet, not to a power strip. To complete the configuration, the alarm dealer will need the Serial Number and the IMEI number from the box the Cellbounce arrived in. Installation of the actual Cellbounce unit is very easy, and nearly anyone can do it. An installation or service technician is usually not required in order to upgrade using this option.

When power is initially applied, the top Power and bottom Status LEDs will illuminate Green with the 4G LTE and 3G LEDs showing red. When the Cellbounce acquires an LTE signal, the 4G LTE led will illuminate solid Green, and once it connects to the AT&T 3G communicator successfully, the 3G LED will light solid Green. That's it! From there it's just a matter of verifying that all signals are being sent successfully. The alarm dealer can verify through AlarmNet360 that signal strength is adequate and that all signals are coming through as expected. 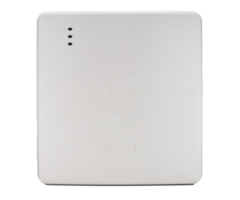 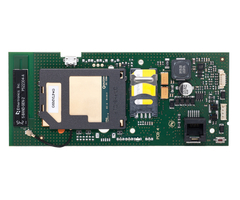 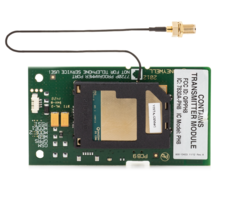