Why did you pick Alarm Grid over other monitoring companies?

Initially I chose Alarm Grid because of their price point and no contract, month to month. After switching, I’m glad I did, as I couldn’t have re-programed and over hauled my system without Alarm Grid’s assistance.

All of the assistance Sterling provided over the phone was a godsend and best of all was free of charge. Other companies charge a fee for re-programming and troubleshooting.

How much money did you save by installing this system on your own?

I didn’t install a complete new system, I re-programmed my previous system and added numerous new sensors and a dialer. While assisting me with my re-programming Sterling at Alarm Grid’s discovered 2 of my previous sensors had never been programmed by my original monitoring/installation company during the initial install of the alarm system.

Which Alarm Grid resources did you use to get your system setup?

Why should other people consider Alarm Grid?

The monitoring price was very fair and on the low end; due to a financial hardship, I attempted to get a lower monitoring price from Sterling but he explained that he couldn’t offer the service any cheaper without compromising service.

Honesty, coupled with a solid monitoring cost, and no contract sold me on Alarm Grid.

How have you enjoyed your Alarm Grid central station monitoring so far?

We were receiving the homeowner’s Insurance savings prior to our switch to Alarm Grid.  I do have to say that my wife feels safer when I’m traveling because the previous firm’s monitoring station was on the decline.  They rarely contacted us when our system would notify them of system issues.

Very soon after transferring our monitoring to Alarm Grid we received a telephone call advising us that our battery was either low or dead.  Because of their notification, I discovered that the breaker had tripped on that circuit and that the AC power to the panel was non-existent. 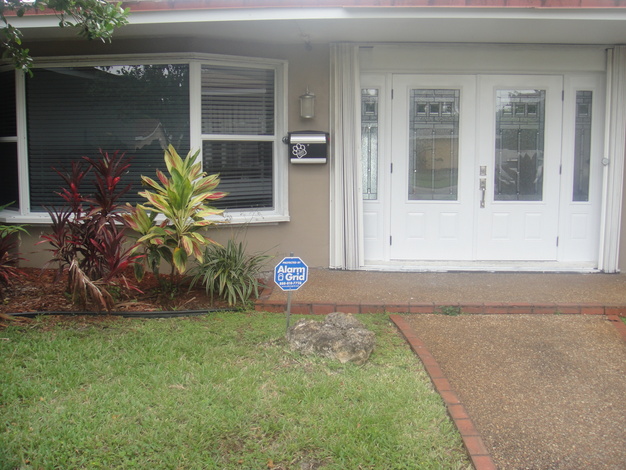