You can easily upgrade your older traditional ADT Safewatch Pro wired security system to a system that supports TotalConnect 2.0. Learn how in this video. 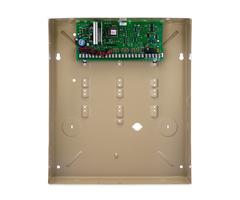 Thanks to Honeywell TotalConnect 2.0 service, it’s now easy to upgrade an older alarm system like the ADT Safewatch Pro to a system that supports TotalConnect 2.0. TotalConnect 2.0 will allow you to arm or disarm your system from a computer or mobile device, as well as receive email or text alerts about the status of your system. This powerful upgraded functionality is what you may expect to find on a recently designed security system, and it can be made available to your older system with a small hardware upgrade.

The video first outlines the process of identifying the different components of your alarm system. Many people who aren’t familiar with home security systems typically misidentify the alarm system’s keypad as the actual alarm, when it’s really just a controller. The actual alarm system is usually contained within a tan colored metal box that’s located elsewhere in the home, like a laundry room, basement, closets, or garage.

Once you’ve identified the control panel for the alarm in your home, Sterling shows you how to remove the control panel’s cover and identify whether or not your older alarm system is compatible with TotalConnect 2.0.

While ADT does install a range of different branded control panels, by far the most popular is a Honeywell VISTA system such as the 10p, 15p, 20p or 21ip. At the same time, ADT also installs their own systems as well, such as the Safewatch system. While these different systems vary slightly, they’re nearly identical. If your system is neither a Honeywell VISTA or an ADT Safewatch, you may still be able to upgrade your system to TotalConnect 2.0.

As you’ll learn in the video, your old alarm system’s compatibility with TotalConnect 2.0 will depend on the type of PROM chip that the alarm system contains. The video explains how to remove the cover of your control panel and identify the type of chip your system has. Located on the green circuit board within the control panel is the PROM chip.

The PROM chip is a black chip with a white sticker that has the model number and revision printed on the sticker. For example, printed on the sticker you may see something like WA3001-5.4. The revision is the characters printed to the right of the dash (5.4). If you have a much older Honeywell or ADT system, you may not see a PROM chip on the circuit board, or it may be covered by a heat sink. If that’s the case, this may be an indication that your system is in fact too old to be upgraded to TotalConnect 2.0.

[MUSIC PLAYING] Hi, DIYers. Sterling with Alarm Grid here, and today, we're going to show you how easy it can be to upgrade an older traditional ADT wired security system to one that supports Honeywell's Total Connect 2.0 service. For those who don't know, Total Connect 2.0 is a service that allows you to arm and disarm your system from a computer, mobile device, and receive text and email alerts from the system. It's a very powerful addition to any security system, and you don't need to buy a system that's sold today to get that type of functionality. There's some very easy upgrades that you can do to one of these older systems to unlock that capability.

We've picked up a couple of ADT systems on eBay, and we're going to show you how to identify the panel, see if it's one that can be upgraded, and then show you the process. This panel here is from 2007. We've got one over here that's from 2010. And there's slight differences. We're going to talk about what to look for on the prom and what you need to do to upgrade.

Before we jump into all that, though, I'll show you something that anyone that's never used an alarm system should understand. This keypad on the wall, if it's got a flip down door, button presses, and an LCD display, this is not your system. This is your keypad. This is simply a controller for the brains of the system, which lives somewhere else in the home. So this is what you use to arm and disarm. It gives you the display of what's happening when you have an alarm, when you have a trouble-- whatever it may be, this is what you use, and this is what most people that aren't familiar with systems think is the system. But really, somewhere else in the home is the control panel or the brains of the system.