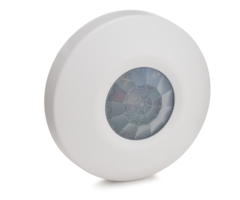 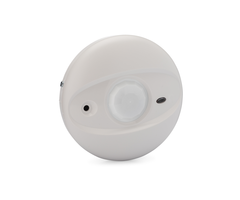 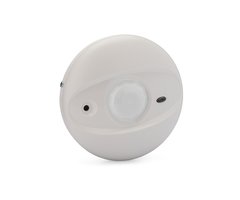 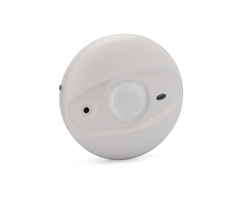 Ceiling mount motion detectors are great for placing directly above entryways that intruders will need to walk past in order to enter the room. The area not within the sensor's field of view will not respond to motion. This way, you can leave a portion of the room unmonitored. This can be a very good idea for potentially reducing false alarms, especially if something on the other side of the room is prone to cause false alarms.

When using a ceiling mount motion sensor, the device will normally need to be mounted from a height of between 8 and 12 feet up. This will give the device the best possible performance. By raising the sensor, you can increase the diameter of its detection area. But placing it too high can prevent the sensor from detecting the activity below, as the detection signals can only travel so far. You should check the manual for your ceiling mount motion sensor to determine the recommended mounting height.