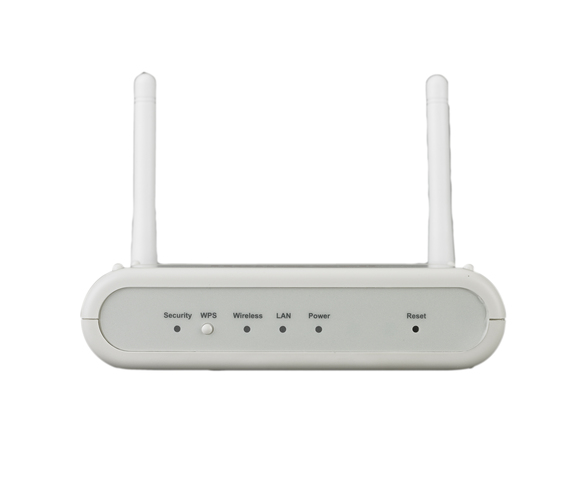 The Honeywell WAP-PLUS is a wireless access point designed specifically for the Honeywell IPCAM Series IP security cameras. You can alway...

When connecting a Honeywell security camera to your WAP-PLUS, all you need to do is press and hold the WPS button on the front of the wireless access point for (3) seconds. Releasing the WPS button after (3) seconds puts the WAP-PLUS into WPS enrollment mode. You then have (1) minute to click and release the WPS button on your IPCAM Series security camera. If done in time, the IPCAM-WI2 and IPCAM-PT video cameras will show a steady green power LED and a network LED that blinks green slowly. Since the IPCAM-WO outdoor IP camera only has one LED, a successful wireless connection is indicated by a steady green or slow blinking power/network LED. Assuming you have signed up for a Total Connect video account, your IPCAM Series security cameras will then transmit all video footage wirelessly back to your router.

When connecting the WAP-PLUS to a L5100 LYNX Touch control panel, you need to first install and register the L5100-WIFI internet communicator. Next, you need to setup your WAP-PLUS for WPA2-PSK using the steps described in the WAP-PLUS quick install guide. If you have already connected a Honeywell IP security camera to your WAP-PLUS before setting up the WPA2-PSK wireless security, you will need to reset the wireless access point by depressing the reset button with a paperclip for (10) seconds. After configuring the WPA2-PSK wireless security and setting up the wireless connectivity between the L5100-WIFI and the WAP-PLUS, you can connect your Honeywell security cameras using the steps from above.

Sterling Donnelly
January 29, 2015 00:31
Only the AlarmNet IP cameras ( https://www.alarmgrid.com/browse/security-cameras ) work with the LYNX Touch systems. There is no dome option but the IPCAM-WO ( https://www.alarmgrid.com/products/honeywell-ipcam-wo ) is an outdoor camera. If you already have Foscams, you should just use the Foscam service to access your cameras. You won't be able to integrate it into the L7000 system unfortunately.
Jim
January 28, 2015 17:42
Lynx 7000 : I need to find a dome outdoor camera for my system. I purchase a wireless IP camera, but my Lynx can't find it when it scans the wifi network. Do I need to buy the honeywell WAP plus ? This does not make any sense to me. What exactly is the Lynx 7000 scanning ? Do I need to have my IP address set to a particular sequence? Ican access the Lynx 7000 from my I-Phone, so the wifi is working fine. The Camera that I am using is made by Foscam. I would rather use a wifi dome camera for protection against the weather in frozen Ohio.
* Based on a 10% APR with 12 months financing. APR's will vary between 10% - 30% based on credit score and various factors.