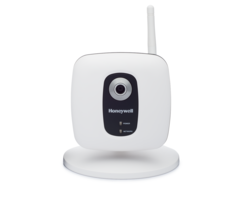 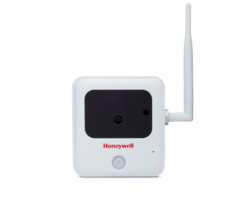 Wayne Lartigue: The mission of the Trenton Housing Authority is to provide safe, decent, and sanitary housing for its residents, and to lead them toward self-sufficiency. Everything that we do at the Housing Authority is geared around that mission. Prior to the implementation of our camera system, we had approximately 11 security officers, unarmed patrolling our various developments. That's very dangerous, simply because they were unarmed and with the proliferation of guns and drugs, it wasn't the optimal situation for security.

Herbert Brown: We want somebody to be able to leave their unit, unafraid at one o'clock in the morning, walk down the street, walk within the development, and go to the Laundromat do what they need to do, go home and not be afraid.

Wayne Lartigue: We put in an PR out requesting a security firm to respond in a proposal form. Of course, we ranked the respondents on what we thought were best suited, to provide what it is that we thought we needed, and ComTec came out to be the one, in our view offered the best solution to what we needed to do.

Michael Vertolli: Trenton Housing project when it came to us, there was just a simple need for security. It was a very unique environment. There were multiple locations, multiple types of problems. There was really no infrastructure in place, and the long-term goals then, was to really have a complete convergence of all their video and hopefully centralize it, so that they could have a long-term means of managing it economically.

Richard Nussey: Security needs for the housing development is pretty much standard throughout most housing developments. The individuals need to be protected most of all, in those areas. To protect the actual physical facilities themselves would be the second and also to have a strong cooperative effort with the local police forces.

Darrell Grantham: Trenton has a unique situation in that they have nine properties, they're distributed throughout the city of Trenton, and the project that we have there is to provide security and bring all of that security video and access control information, back to a centralized control room.

Scott Harkins: ComTec designed a pretty unique solution for this environment where the solutions are spread across the city, and they needed to be able to transmit closed-circuit television even access control data around the city. They designed using their expertise in wireless an incredible wireless network, and they came to Honeywell, and asked us to help them deploy a CCTV system that could use that network, to send video signals and other signals, back to a command and control center.

Scott Harkins: In our MAXPRO Video Management System allows them to integrate the camera systems, future expansion with access control, to allow access into the individual apartments, by their residents and put them into really one platform that allows them to manage the entire system, to really watch what's taking place.

Maureen Bruen: MAXPRO VMS is truly a unique product. It's a complete top box solution that encompasses all of the Honeywell video product, anywhere from our imbedded digital recorders, to our PC-based systems, as well as our NVRM solutions. The nice thing about the product is that it will allow you to have one user interface, to be able to tie all of that product, into the same look and feel.

Herbert Brown: Prior to our installation of our cameras we spent four or five months meeting with the Trenton Police Department representatives. What we did was to look at not only interior shots, but we have posted cameras that will provide a solution for the city police department, and they can look in on places where there is either gang activity or where there are problems.

Wayne Lartigue: I think that the people, trouble makers, people who have ill intent on our properties will get the message that if they have something they want to do that's illegal, the best place to do it is somewhere else outside of public housing.

Maureen Bruen: The feedback from the Trenton Housing Authority was they were ecstatic. Herb Brown and Wayne love the system. They love the MAXPRO VMS solution. They have been constantly showing bringing people in, whether it's other Trenton police officers, government officials, other housing authorities.

Richard Nussey: Honeywell has been very instrumental in getting us to the level that we are today, dealing with large housing authorities, large police forces, and multiple-sized municipalities have been really instrumental in helping us grow to that level.

Scott Harkins: Really, it's just been a great partnership where we've taken the housing authority's requirements, worked with the experts at ComTec Systems, and really leveraged the resources of Honeywell to unleash a pretty powerful system that I believe will achieve the goal of the Trenton Housing Authority, of making it the safest community in Trenton.

Michael Vertolli: Crime has been cut down. Unauthorized use of certain areas has gone away. Illegal dumping has all but gone away. A lot of the drug deals are moving off campus. The community feels safer, and from a management standpoint, it's easy. They have real-time monitoring, and the police now are actively involved, and they can make real-time decisions, so for the critical awareness things, life safety they've made a lot of improvements.

Wayne Lartigue: I'm very pleased to date with what has happened, and what we've been able to do so far. I'm looking forward I figure that in about another 12 months, we'll be substantially complete with our operations. Right now we're ahead of schedule, so I'm very pleased with the implementation.