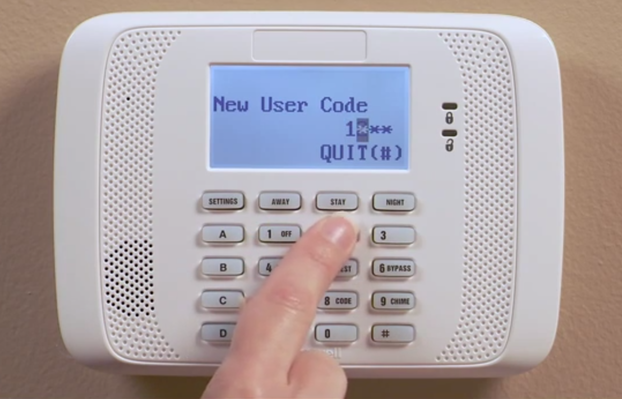 The 6162RF is a great looking piece of equipment that will turn your wired panel into a wireless sensor ready panel. If you are interested in the simple-to-install wireless series sensors Honeywell has produced, this is just the keypad for you!

Like the 6162, this keypad is designed with one thing in mind: easy programming. While Honeywell's wired panels have a reputation for being a bit unintuitive for end-user programming, this keypad was designed to solve that pain point. For customers unfamiliar with the system, the new, sleek user interface makes getting around the system a simple job.

This version of the 6100 series keypad has the added RF receiver built in, which makes it the perfect keypad for anyone looking to add any of Honeywell's wireless sensors, such as the 5800PIR-RES (Honeywell's most popular motion detector), a 5816 door and window sensor, or for those who want to take advantage of the added convenience of a wireless key fob such as the 5834-4.

While Honeywell makes a number of wireless receivers, such as the 5881ENH, the option of having the RF receivers inside of the keypad can altogether eliminate the need to add any extra receivers to the system.

As you decide which keypad you'd like to use in conjunction with your system, please keep in mind that these keypads require that your VISTA system show a chip with revision 3.16 or higher. While you can upgrade the chip in the system, until that is accomplished, this keypad will not work.