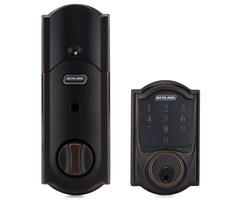 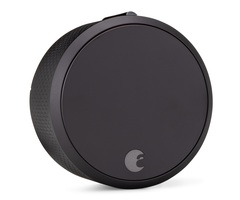 In this video, Michael from Alarm Grid shows you how to add a Z-Wave lock with a Honeywell Home PROA7PLUS Security System. The Honeywell Home PROA7PLUS has a built-in Z-Wave controller called the PROWIFIZW that allows you to pair Z-Wave smart home automation devices, including any Z-Wave locks, with the system. Paired automation devices, locks included, can be controlled directly from the PROA7PLUS Panel itself. If you have access to Total Connect 2.0 automation services, then you can control your Z-Wave devices remotely using the TC2 Mobile App or a compatible web browser for TC2. The TC2 platform will also allow you to create smart scenes for your Z-Wave locks so that they activate automatically based on a set schedule or with predetermined with events.

Pairing Z-Wave locks with the PROA7PLIS is quite easy. You just put your PROA7PLUS in its auto-enrollment mode and then activate the Z-Wave inclusion/exclusion function on the Z-Wave lock to get it to enroll. If you have a Z-Wave 700-Seres Lock or a Z-Wave 500-Series lock, the may need to provide the first 5 digits of the lock's DSK code so that it can be set up with the S2 security protocol. Before you go to add a Z-Wave lock to a PROA7PLUS, you should clear it from the network first. That will wipe out any residual Z-Wave network data so that it can pair with a new network successfully. Z-Wave locks usually have an inclusion function and an exclusion function that may consist of a simple button, or you may need to enter a specific sequence into the lock's touchscreen keypad or push-button keypad to initiate the command. Remember, the ProSeries Panel musr have a a built-in Z-wave card. This can be the Honeywell Home PROWIFIZW, which doubles as both a WIFI card and as a Z-Wave Plus Controller.