How Do I Replace the Battery On a 2GIG SMKT3-345 Smoke Detector?

The 2GIG SMKT3-345 is a combination life-safety sensor that offers smoke, heat and freeze detection. It operates at 345 MHz and will work with alarm panels that accept that wireless frequency. The device uses three AAA batteries for power. We strongly recommend using lithium batteries and replacing them once a year for proper operation.

You can identify a low-battery condition for a 2GIG SMKT3-345 based on a couple of factors. First, a yellow LED light on the device will begin blinking every 12 seconds. Second, the second will chirp every 48 seconds. A user can stop the chirping by pressing the device's test button. The chirping will resume after 12 hours if the batteries are not replaced.

To replace the batteries for a 2GIG SMKT3-345, complete the following steps: 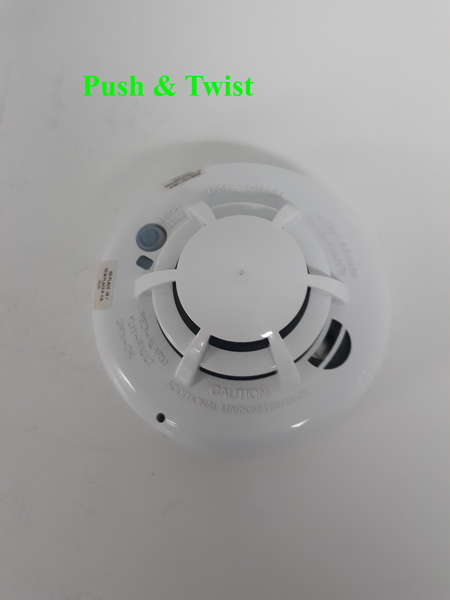 2. Remove the batteries. Take out the old batteries, and dispose of them in a safe manner. 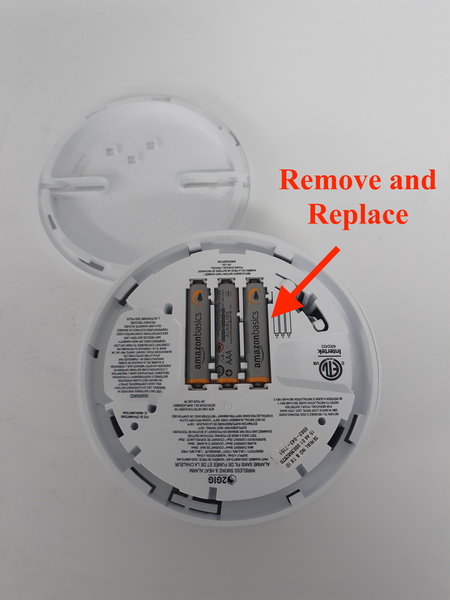 4. Close the sensor. Align the sensor properly against its back cover. Press against the sensor, and twist it clockwise to lock the device into place. The sensor should remain nice and steady against the back plate once it has been locked in.