What Does an Alarm Do?

An alarm is an instruction for a system to send out a distress signal. Depending on the user's monitoring plan, the distress signal can be sent out to a central monitoring station or directly to the end user. The type of alarm tells the recipient which kind of emergency help to request.

When a sensor is faulted on a security system, the Response Type for that zone will tell the system what action to perform. For some Response Types, the system may be instructed to send out an alarm signal. Below are some common scenarios in which an alarm would occur:

If the system is self-monitored, then the user will receive an alert via text and/or email. It will then be up to the user to contact any emergency personnel. This is a great option for users who can reliably contact emergency help on their own and don't necessarily benefit from central station monitoring.

If the system is just a local sounder and not connected to the network, then no alarm will be able to be sent out. This is only useful for letting people on the premises know about the situation.

Most alarms will have the system emit a full on siren to alert anyone in the area about the emergency. This is great for fire alarms and carbon monoxide alarms when people need to immediately evacuate the premises. It can also be useful for security alarms in an attempt to scare-off intruders as quickly as possible.

However, there are also silent alarms that can be triggered. A silent alarm will not have the system produce any sound. This is good for situations in which a user does not want to let a criminal know that they have activated an alarm. Silent alarms are also sometimes used with medical alert devices, in which the user experiencing a medical crisis wouldn't want to wait for help to arrive with a loud siren in the background. 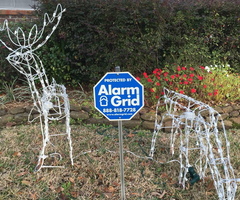