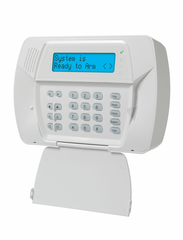 The DSC Impassa Security System with Alarm.com AT&T Cellular Communicator and Image Sensor Module provides a great foundation for anyone looking to get into home security. This package will allow a user to get started with cellular monitoring and Alarm.com. Buy the DSC Impassa here.

The DSC Impassa is a wireless control panel that supports local installer program and provides function for legacy DSC 433 MHz Sensors. This system is the only wireless all-in-one panel from DSC that supports this type of functionality. The integrated AT&T cellular communicator makes the system readily compatible with cellular connectivity and the Alarm.com service. Anyone looking to get into home security wanting to use 433 MHz sensors should strongly consider the DSC Impassa.

One of the most important features for the DSC Impassa is the ability to access local installer programming. This is what allows alarm system owners to add, edit and remove any sensors right from the panel. It also allows users to adjust virtually any system setting or configuration. Menus are navigated using a touch-button keypad that is integrated with the system. This keypad serves as the primary controller for the system, and it is used for virtually every function, including arming and disarming.

Some users may be turned off at the idea of getting a brand-new wireless system with a touch-button keypad. Most of the newest all-in-one panels comes with a touchscreen controller, which can be easier to use and navigate programming menus. For users who want a panel with a touchscreen controller, we recommend going with a wireless panel from Honeywell, 2GIG or Qolsys. That's not to say that the touch-button controller for the DSC Impassa will cause any major problems for the user, but it is something to consider for users who are deciding on a new system. It's also important to note that the programming process for the DSC Impassa is somewhat unique and not as intuitive as panel programming for other alarm panel brands. But once the panel is set up, programming will rarely need to be accessed. Also, there is an auxiliary touchscreen keypad for the Impassa, but it only supports security control and cannot be used for installer programming.

The reason that many users may choose the DSC Impassa over other wireless systems is its ability to be used with Alarm.com. This version of the Impassa includes an integrated AT&T 3G cellular communicator. Thanks to this communicator, the Impassa System can receive cellular monitor service and access Alarm.com interactive services. We are huge fans of cellular monitoring at Alarm Grid, as it provides the best reliability in terms of alarm signaling to a central station and integrates the alarm system into the Alarm.com ecosystem for even greater detailed alerts from the app. Cellular monitoring is not interrupted due to power outages, and it provides speeds that are comparable to WIFI. And since it is almost unheard of for cellular service to be down or unavailable, users can feel confident in knowing that their home or business is protected at all times. Meanwhile, access to Alarm.com will allow a user to control their system remotely using the Alarm.com Mobile App. By logging into Alarm.com, a user can arm and disarm their system, check the current status of sensors, control Z-Wave home automation devices and more.

DSC introduced PowerG technology to their panels after the release of the Impassa. That means the Impassa relies on DSC's legacy RF technology that operates at 433MHz. The 433 MHz sensor lineup provides reliable communication and consistent performance, but it does not operate at the incredible long distances that you will see with PowerG. Users with existing 433 MHz sensors from an older system will have no problem bringing over an Impassa and getting it up and running. For this reason, the Impassa is a popular system to upgrade from an older DSC panel that utilized the same 433 sensors. DSC also produces another wireless system, the DSC Iotega, that does support PowerG but that system does not support local installer programming. DSC's move to strip out local programming is a major handicap for DIY customers, since they are forced to request programming changes from their alarm company. So any DIY users will most likely want to choose the Impassa instead. The programming process can take some getting used to, but a user will eventually be able to enroll new sensors to their panel and adjust their settings with ease. DIY-friendly alarm companies like Alarm Grid can assist along the way.

Note: The AT&T 3G Alarm.com communicator is integrated, and it includes an Image Sensor Module and a Z-Wave Controller. This package also includes a plug-in AC transformer and a backup battery for powering the system. Although there is an Image Sensor module, there is not an actual Image Sensor included with this panel. 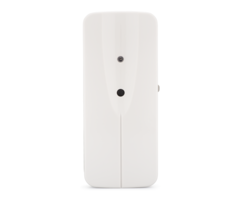 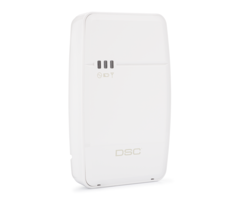