The Qolsys QS7134-840 IQ Hardwire 16-F w/ Large Enclosure is a wired to wireless system converter that transmits signals at the 319.5 MHz frequency. By using this module, you can bring over your existing hardwired sensors and use them with your 319.5 MHz wireless security system.

The way that the Qolsys IQ Hardwire 16-F works is very simple. It has 16 on-board zone terminal pairs for connecting hardwired sensors. Each zone features its own LED light to assist with enrollment and troubleshooting. A resistor must be used at each zone. In Legacy Mode, the QS7134-840 can be calibrated to use 1k to 10k resistors that are wired in parallel (NO) or series (NC). This differs from the older-style QS7133-840 that was restricted to only supporting 4.7k resistors (Yellow-Violet-Black-Brown-Brown). However, all versions of the Qolsys IQ Hardwire 16-F come with the same 4.7k resistors that must be used to meet UL Standards for fire protection. These resistors work great, so it is advised that you just use the included ones to avoid any possible confusion.


When installing the module, make sure you connect the sensors and resistors before connecting the transformer and backup battery. Once you have properly connected all the sensors, resistors, the backup battery, and the transformer, you will then need to enroll the IQ Hardwire 16-F module with your wireless 319.5 MHz panel. The original IQ Panel 2 and 319.5 MHz IQ Panel 2 Plus Systems view the IQ Hardwire 16-F as a "Hardwire Translator". After you have enrolled the panel, you can then individually enroll your wired sensors into wireless zones on the system. Each hardwired terminal pair on the module will represent a single wireless zone on your 319.5 MHz system. For more information on bringing hardwired sensors to a 319.5 MHz system using an IQ Hardwire 16-F, please check this great FAQ.

It is important to note that the Qolsys IQ Hardwire 16-F will utilize Qolsys S-Line Encryption when paired with an original IQ Panel 2 or an IQ Panel 2 Plus w/ 319.5 MHz Daughtercard. This is the same rolling code encryption used by the Qolsys S-Line Sensors. This rolling code encryption is great at preventing wireless hacking or takeover attempts that could prevent non-encrypted devices from working properly. If the Qolsys IQ Hardwire 16-F is used with a different wireless 319.5 MHz system, then it will operate as a non-encrypted wireless converter.

As mentioned earlier, there are 16 wired zones on the Qolsys IQ Hardwire 16-F. Zones 1 thru 15 are for standard security and environmental sensors. These devices include door/window contacts, motion sensors, glass break detectors, flood sensors, temperature sensors, and more. You can also technically connect a 2-wire heat detector to any Zone 1 thru 15 by wiring it as a Normally Open (NO) Zone with the resistor wired in parallel. Note that 4-wire smoke detectors and wired carbon monoxide sensors cannot be used with the IQ Hardwire 16-F in any way.

You will also want to consider the maximum power output for the Qolsys IQ Hardwire 16-F. The module can support up to 500 mA of power for wired sensors that require electrical current. Some wired devices that require power include motion detectors and glass break sensors. As long as you keep the total maximum current load under 500 mA, you will be fine.

In addition to its 500 mA power output, the Qolsys IQ Hardwire 16-F also has an auxiliary relay output rated at 12VDC 500 mA. This auxiliary relay output is great for adding an external siren to your system. However, you should be aware that it is only possible to use the Qolsys IQ Hardwire 16-F as an automatic auxiliary relay output if the module is being used with a Qolsys IQ Panel 2 or IQ Panel 2 Plus w/ 319.5 MHz Daughtercard that is running RF PIC Version 11.1.4 G2 or higher. There is no way to upgrade an IQ2 System that is running a lower RF PIC Version, so you would need to replace the panel if you wanted to use the IQ Hardwire 16-F as an automatic wireless siren relay. You can check the RF PIC Version on an IQ Panel 2 or IQ Panel 2 Plus by pressing the small grey bar at the top of the main system screen and choosing Settings > Advanced Settings > Installer Code (default is 1111) > About > Hardware > RF PIC Version. Please note that you can still use the output manually (not as an automatic relay) regardless of the panel's RF PIC version. For more information on using a wired siren with a Qolsys IQ Hardwire 16-F, please check this helpful FAQ.

The Qolsys IQ Hardwire 16-F itself measures 5.5"L x 3.5"W. The large plastic enclosure measures 16"L x 14"W x 3"D. The plastic enclosure is extremely tough and not prone to easy destruction. It has space for two (2) sets of Qolsys IQ Hardwire 16-F modules and backup batteries. You can use this enclosure to keep all your wiring super neat and organized. The enclosure comes with a tamper switch that is already pre-wired. This tamper switch does not require a resistor. The tamper switch is useful if you want your system to be alerted if someone opens the enclosure. If you want to disable this feature, you can shunt the tamper terminals with a piece of wire.

The enclosure can be fitted with an optional cam lock for added security. Battery brackets come included for keeping your backup batteries properly secured. The QS7134-840 also comes with an RF antenna, which should be connected to the converter module at the terminal marked ANT. The antenna should pass through an opening at the top of the enclosure, and it should be kept away from any obstructions, such as large metal objects, that may disrupt communication. The operating temperature for the Qolsys IQ Hardwire 16-F ranges from 32°F to 122°F. It is for indoor use only. 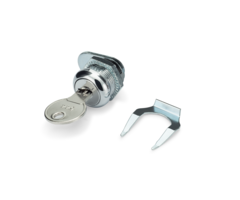 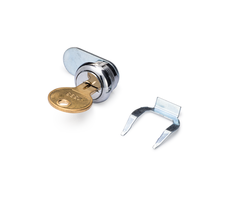