How Do I Install an Antenna on a GSMX4G Radio?

The GSMX4G comes equipped with a built in internal antenna. Sometimes, finding the best coverage can be a challenge, so before mounting and wiring the radio, try moving to several locations while monitoring the signal strength. The best signal strength can usually be found next to or on an exterior wall and at the highest point in the building, including the attic but avoid the basement.

If a consistent signal strength of three bars cannot be found with the internal antenna, an external antenna should be used. The GSM-ANT is not weatherproof, and must be installed indoors.

Install the antenna by first disconnecting all power from the GSMX4G, including removing the battery. Remove the plastic plug from the SMA (RF connector) mounting hole found on top of the GSMX4G, and insert the SMA (RF connector) end of the adapter cable. Secure the SMA connector with the included washer and nut. Plug the MMCX end (this end has a lock snap connector) of the adapter cable into the external antenna port. The GSM-ANT has a 10’ (ten) foot cable allowing the antenna to be moved easily to find a location that will allow the antenna to be mounted vertically providing at least 12 (twelve) inches of clearance form large metal objects and the strongest signal. Route the antenna cable and connect the SMA, and to the GSMX4G. Restore power to the GSMX4G and measure the signal strength. Adjust the location of the antenna to maximize the signal strength if needed. Signal strength should be 3-5 (three-five) bars lit solid. 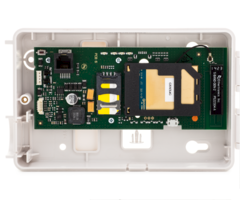 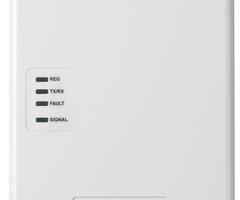 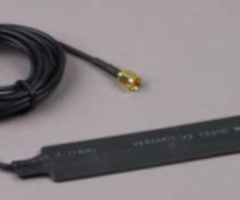