How Do I Set Up Automation on My Interlogix Simon XTi or XTi-5?

You can set up automation on your Interlogix Simon XTi or XTi-5 by adding a Z-Wave controller to the system. All cellular communicators, which are compatible with Alarm.com, have integrated Z-Wave controllers. Once the communicator is activated, Z-Wave devices can be added to the network.

The Simon XTi and XTi-5 Systems do not come with an integrated Z-Wave controller for Z-Wave home automation devices. Instead, one must be added to the system separately. An Alarm.com cellular communicator will also serve as a Z-Wave controller. Once Z-Wave capability has been added, Z-Wave devices can be added and controlled through the panel's touch screen. They can also be controlled from Alarm.com.

We strongly encourage users to use a cellular communicator with the system. This is the only way to add Z-Wave compatibility to an Interlogix Simon Alarm System. Cellular communication for alarm systems is known for being both fast and reliable. This type of communication is not affected by most power outages, and it cannot be easily tampered with by others. Cellular service will also allow the system to sync with Alarm.com. For these reasons, adding a cellular module to the Simon XTi or XTi-5 System is ideal. The user will also need a monitoring plan that includes cellular service to use the module.

Once a Z-Wave controller has been added, you will be able set up Z-Wave devices with the system. This can be done by completing the following steps: 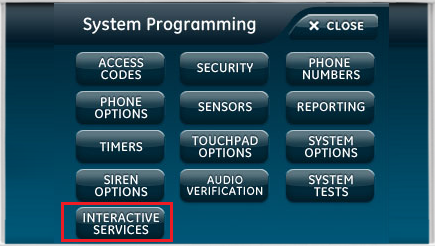 4. Update devices. After adding a Z-Wave device to an XTi or XTi-5 System, you should update your menus so that the new Z-Wave device is properly displayed. After the device has been added, press the "Close" button in the upper-right corner of the screen. Make sure to only press this button once. Then choose "Update 2WTTS". Then choose the type of Z-Wave device you just added. The possible options include "Lights", "Locks" and "Thermostats". Then choose the "Update" button. The panel will display that the system has been updated.

5. Exit and test. Repeatedly press the "Close" button in the upper-right corner of the screen until you return to the main screen. Any programming changes will then be saved automatically. You should then test the Z-Wave device to make sure that it is functioning properly. You can test the device from the panel itself or using Alarm.com. 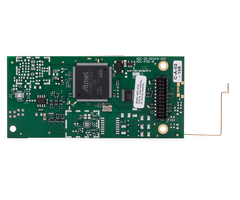