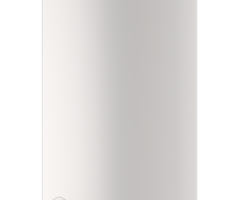 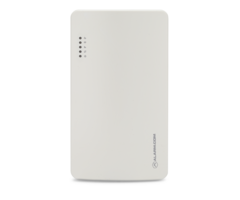 Home automation controllers are great for anyone looking to establish a convenient and effective smart home network. You need to obtain a proper controller or hub before you can start adding devices and accessories to create a complete network. Getting a smart home automation controller is the first step to establishing a true smart home. Once you do that, you can start choosing from a plethora of compatible accessories and devices to create a smart home that is your very own.

Most of the newer wireless alarm systems come with built-in Z-Wave controllers as a standard feature. Alarm manufacturers know that their systems are used for more than just security functions, so they started adding smart home functions built right into their panels. This is extremely convenient for anyone looking to create a smart home network. You just need a system with a built-in Z-Wave controller and a monitoring plan with home automation from Alarm Grid. Then you can start adding Z-Wave devices. The Qolsys IQ Panel 2 Plus and 2GIG GC3 both have Z-Wave Plus built right in.

However, some security systems do not have built-in Z-Wave controllers. This is often the case for older wireless systems and most hardwired systems. However, it usually still possible to add some sort of Z-Wave functionality to an alarm system through some type of add-on. This is commonly referred to as adding a Z-Wave controller. For example, there is the L5100-ZWAVE for the LYNX Touch Series Systems, which adds Z-Wave functionality to a LYNX Touch. There is also the Tuxedo Touch Keypad for VISTA Panels, which doubles as a home automation controller and as a keypad.

Many Alarm.com Panels use an Alarm.com Cellular Communicator that also provides Z-Wave functionality. This is perhaps the most important upgrade you can make for one of these systems, as cellular communication will greatly enhance the reliability of your panel when sending out signals. Meanwhile, the Z-Wave functionality is a nice addition as well, though all Z-Wave control must go through ADC. The interlogix Simon Panels, the DSC PowerSeries NEO Systems, and the Interlogix NetworX Panels are all systems that use ADC Communicators that can double as Z-Wave hubs.

Even the Resideo VISTA Panels can access Alarm.com by using an Alarm.com System Enhancement Module (SEM). An SEM will also double as a Z-Wave controller. Alarm.com is a convenient platform that you can access for all your Z-Wave functionality. And if you use Total Connect 2.0 instead, then that platform also serves as a great hub for Z-Wave operations. You might also build around another smart home network like Lutron Caseta or Apple HomeKit. Either way, an effective home automation controller is the first step to getting started.