What Do The Resistors Do On A VISTA P System?

Resistors add an extra degree of security to the zone. Each Honeywell Vista series control panel comes with a set of resistors that are included in the hardware pack. One resistor is included for each zone on the panel.

Vista series control panels are designed to look for a specific resistance on zones and a resistor creates a resistance in the flow and reduces the current of electrical flow.

Installing a resistor at the farthest device on the zone is known as EOL (end of line). Doing this creates a supervised circuit that can no longer be disabled by simply shorting it's wire somewhere along the wire run between the control panel and detection device.

This circuit will have a continuous path through the closed contact and the alarm panel will be able to see the 2000 ohm resistor. The zone will show normal on the keypad.

If the zone is a fire zone, the resistor should be placed in a parallel arrangement with the loop wires. If a device such as a smoke detector is triggered, the panel will detect a short circuit condition.

Click Here to Learn More
Frank
October 06, 2016 16:45
If it was me I would install the 5800C2W which is a wired to wireless translator. You can calibrate your existing resistors to work with a single button press. Then you can choose between a Lynx Touch L7000 or the new Lyric Controller. If you want to discuss it further you can email us at support@alarmgrid.com.
Sterling Donnelly
October 06, 2016 16:14
Yes, that would be exactly what I would try. If it's a zone with multiple sensors wired in series, the trick will be to find the one that is truly "end of line".
Kevin
October 06, 2016 16:04
Yes, I have a list of the zones. There definitely are no resistors installed in the panel for any of the zones. There were 3 resistors in the attic, one for each upstairs bedroom. I'm looking for 5 more and I was going to start with the living room and dining room since they are both above the basement where I have a little easier access. If they are at the end of the line should I try unscrewing the last sensor and pulling the wire behind the wall out a little to see if there is a resistor attached? How would you approach this? Thanks for the help.
Sterling Donnelly
October 06, 2016 15:34
The resistors will either be installed in the panel (easier to find but doing no good) or at the "end of the line" for each zone. Do you have a list of your current zones?
Kevin
October 06, 2016 15:26
I'm trying to replace an old security system with wired sensors on all the doors and windows. The old system used 1k resistors so I will need to replace them to use the Vista 20p. I found a few of the resistors in the attic. I've only owned the house for a year but I think the prior owner finished the basement so I'm worried some of the others might be behind the walls. I'd like to locate everything before I buy the equipment if I can so I know what I'm getting myself into. I'm going to buy a wire tracer to see if that helps. Are there any tricks to locating where the resistors might be? Thanks 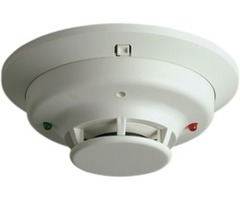