What is a Heat Detector?

A heat detector is a property-safety sensor that responds to very high temperatures that are only present during fires. Standalone heat detectors are often used in room where smoke detectors may cause false alarms. Heat sensors usually take longer to respond to a fire than smoke detectors. 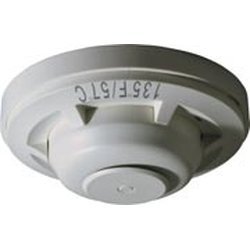