When will the Lyric-CDMA be phased out?

The Lyric Controller is Honeywell's state of the art security system. Although there are CDMA modules for other Honeywell systems now, the Lyric was the first Honeywell alarm system to be released with Verizon cellular network compatibility. The Lyric-CDMA is a cellular communicator designed to offer cellular signaling via Verizon from the panel to the AlarmNet server. From the server, the signal will transmit to a central station and/or the interactive Total Connect 2.0 app. There are some Lyric owners that are showing concerns about the lifetime of Verizon's CDMA 1X network which the Lyric-CDMA utilizes. 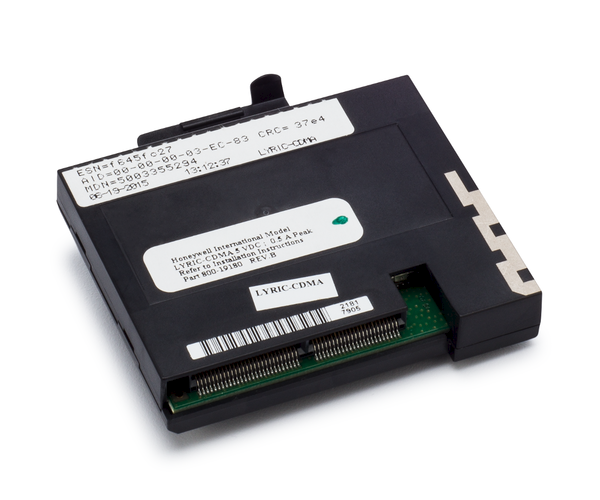 AT&T's 2G sunset has been used as a benchmark for this type of situation. In that case, the entire network is being phased out by the end of 2016. This is a physical transition where towers are being upgraded to 4G capable hardware. In areas where those towers are upgraded any 2G device will cease to function. The situation with the CDMA 1X network is a bit different.

There are rumors that Verizon is dropping this network in the near future. There are different dates thrown around by different blogs and forums. However none if this will affect the Lyric-CDMA! Honeywell has confirmed that Verizon will not drop their CDMA 1X service with Honeywell radios until their CDMA network is shutdown. In fact, it sounds like all "machine to machine" or "M2M" devices will be functional through this time frame. That means that the Lyric-CDMA will be functional for the foreseeable future at the time of this writing (2017). It could be longer than that.

With all that said, we expect that Honeywell will be producing a CDMA-LTE compatible radio at some point in the near future. If we hear any further updates on that we will be sure to keep our community updated through our blog and video channel.