The Honeywell LTEUPGKT-L57V is an LTE upgrade kit that includes a LTE-L57V Verizon LTE Communicator and a Honeywell LYNXTOUCH-MSD Updater Tool. It is used with L5200, L5210, and L7000 Systems needing a firmware update to support the LTE-L57V. Buy the LTEUPGKT-L57V here.

Users who are upgrading Honeywell L5200, L5210, and L7000 Systems to use LTE communication may want to turn to the Honeywell LTEUPGKT-L57V from Alarm Grid. The kit includes a Honeywell LTE-L57V Verizon LTE Communicator and a Honeywell LYNXTOUCH-MSD Updater Tool for updating panel firmware.

Using cellular communication is strongly recommended for any security system. Unlike WIFI connectivity, cellular service almost never goes down or becomes unavailable. And LTE connectivity represents the best cellular communication path option for alarm systems. For those unfamiliar with LTE, it stands for "Long-Term Evolution". Cellular service providers like Verizon have repeatedly stated that they plan to continue to support their LTE networks, even as newer 5G networks are inevitably released. Getting your system connected with an LTE network is truly a long-term solution for alarm monitoring. You will be able to continue using your Honeywell LYNX Touch Panel for reliable monitoring service, and you won't need to worry about the cellular network being shut down any time soon.

But there are more advantages to LTE than just the simple fact that the networks will be supported for many, many years. An LTE communicator will provide fast speeds and reliable data transmissions so that your security system works as effectively as possible. When an alarm occurs on a LYNX Touch System, it needs to send out a transmission to the AlarmNet360 Servers. An LTE communicator will help ensure a faster response when this happens. This can be very important for getting quick help during a burglary, fire, or other serious event. Additionally, this will also come in handy when you use Total Connect 2.0 to control your system. Remote commands from Total Connect 2.0 must be sent across the network, and an LTE communicator will help these commands get to your system faster.

The Honeywell LTEUPGKT-L57V is recommended for anyone with a Honeywell L5200, L5210, or L7000 System that is running a firmware version lower than 9.00.201. The 9.00.201 Firmware Version is the minimum revision needed to support the Honeywell LTE-L57V Communicator included with this kit. If your panel is already running a high enough firmware version, then you will probably just want to buy the standalone communicator, instead of this bundled kit with the LYNXTOUCH-MSD Updater Tool. However, you may want to get the kit anyway, as the updater tool could be useful in the future if another update for LYNX Touch Panels is ever released.

Note: This kit is not compatible with the Honeywell L5100 and Honeywell L5000 LYNX Touch Panels. These systems cannot support any LTE cellular communicators. They also cannot be used with the LYNXTOUCH-MSD Firmware Updater Tool.

Note: You will need a monitoring plan that includes cellular communication to use this communicator. An example of a compatible plan is the Gold Plan from Alarm Grid. You can learn more about all the Alarm Grid Monitoring Plans on this page.

Note: AlarmNet360 considers an L5200 System to be an L5210 System once it has been upgraded to Firmware Revision 9 or higher.

Note: You can get an AT&T LTE version of this same kit here. 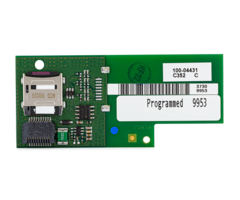 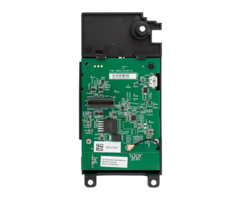