At What Temperature Do Heat Alarms Trigger?

Heat Detectors react to the change in temperature caused by fire. Once the temperature rises above 135 degrees F (57 C) or 194 degrees F (90 C), the heat detector will send a signal to an alarm panel and trigger an alarm.

A rate of rise heat detector responds like a standard, fixed-temperature heat detector with slowly developing fires. When fires build quickly, the rate-of-rise compensation prevents thermal lag, allowing these detectors to respond when their set point is reached and will send a signal to the alarm panel if the rise of temperature is 15 degrees F (8.3 C) or more per minute. Users should verify that the space where the heat detector will be installed does not have naturally rapid temperature rises that exceed the detector’s trip point.

The Honeywell 5809 operates on One 3-volt lithium; Duracell DL123, DL123A, Panasonic CR123A battery and has the battery life is 3-5 years with approved batteries only.

Be sure to check the alarm panel’s compatibility for wireless vs hardwired devices. 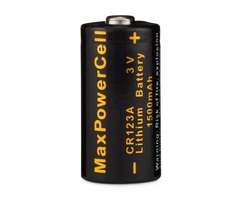 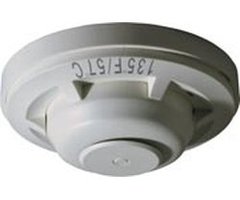