Can I wire multiple doors to a 5816WMWH? 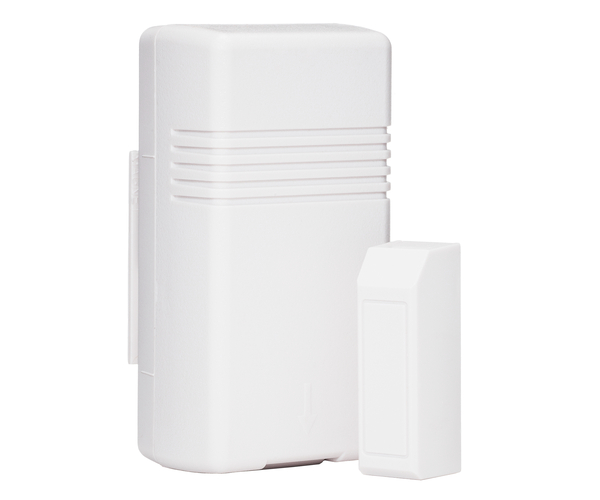 The Honeywell 5816 can protect multiple doors and windows. There is an internal reed switch that can be used wirelessly with the included magnet to protect a single door or window. This zone should be programmed to loop 2. Then there is a pair of screw terminals inside the tamper cover where you can land wired contact(s). This zone must be programmed to loop 1. 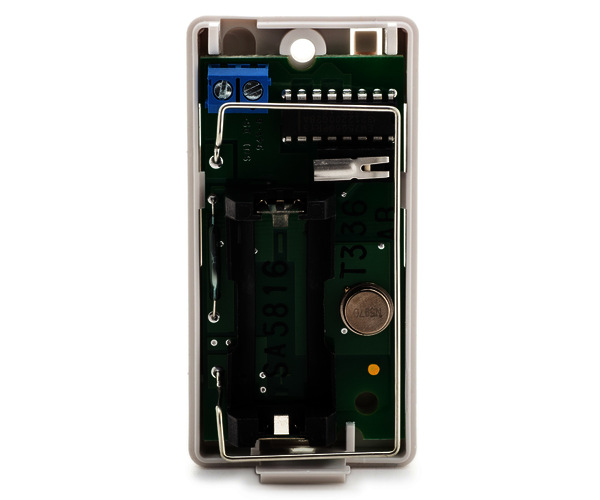 Although the wired contact terminals will report as a single zone, you can wire as many normally closed (Form A) contacts (i.e. Honeywell 945T) in series as you wish. These can be wired in series in the field or home run from each contact and wired in series locally at the 5816. If the cabling has already been pulled from sensor to sensor you will only need a wire from the first and last sensor. This method is less flexible but will work just fine.

Ideally, you should home run all the wired contacts back to a centralized location where you can group them in series and land the final connections on the 5816. If they are home run, simply match the high end to the low end of each contact to create a series circuit. This way if any single wired contact in the loop is opened the zone will report a fault. If there are

Wiring contacts to the 5816 can be particularly useful in situations where routing a cable back to the alarm panel is timely and difficult. The only thing you really lose by wiring to a 5816 instead of landing it directly on the panel is having to change a battery once every 5 to 7 years. What do you gain? The ability to protect several windows, doors, or just about anything that opens with a single sensor. The beauty of the 5816 is that it can be moved around easily to make wiring less of a hassle. There is included foam adhesive tape and screws for mounting the sensor.