How Do I Change the Battery in My Qolsys IQ Panel 2?

Changing the Battery in the Qolsys IQ Panel 2

The Qolsys IQ Panel 2 uses the Qolsys IQ2 Battery for backup battery. Every few years, this battery will need to be removed and replaced with a new one. This is very important for ensuring that the system remains powered on in the event of an electrical outage. The system will let the user know when the backup battery is low.

Complete the following steps to change the battery in your Qolsys IQ Panel 2:

1. Power down the system. Start from the main screen of the Qolsys IQ Panel 2. Press the small grey bar at the top of the screen. Then choose Settings > Advanced Settings > Installer Code (default 1111) > Power Down. Press OK to confirm. The system will power down. The steps are outlined in the image below:

2. Open the system. Press the two tabs on the bottom of the system, and separate the panel from its back cover. This will allow you to open up the system so that you can access the backup battery. The tabs are shown in the picture below: 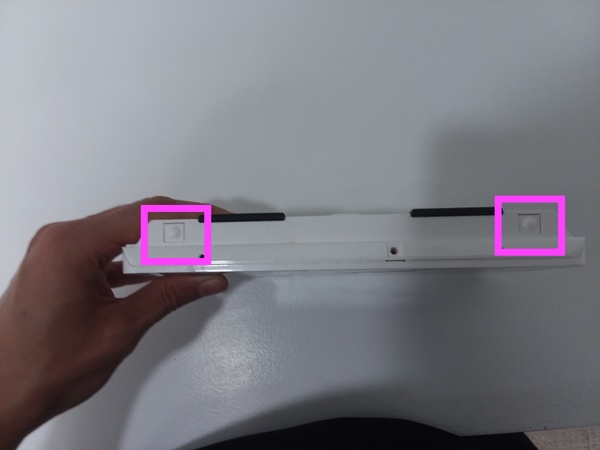 3. Remove the battery. Unplug the battery and take it out from the system. The pink box in the image below shows the plug, while the green box shows the blue battery that is being removed: 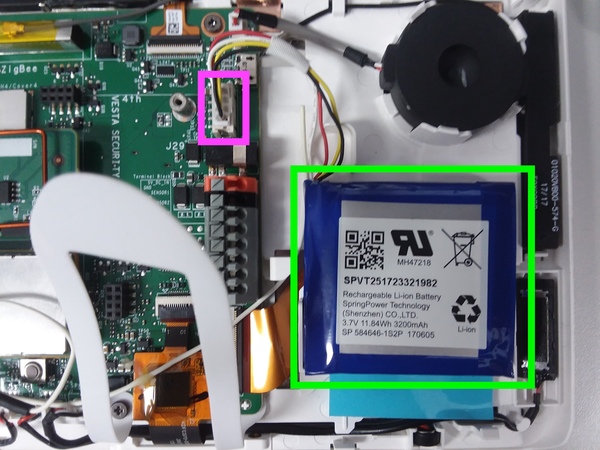 5. Close the system. Close the panel, and make sure that the back cover snaps securely into place.

6. Power on the system. Press and hold the power button on the side of the system to power it back on. Make sure that the system powers on successfully. The system may need a few hours running on AC power to charge the new battery. But any low-battery warnings should disappear shortly thereafter if the new battery was installed correctly.