How Do I Install a WAVE2 Siren on a Vista Panel? 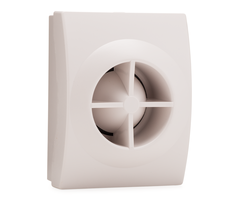 In order to connect the WAVE2 siren, you will need an 18 gauge, 2-conductor wire that can be run from the siren to the bell outputs of the panel. Two of the three terminals on the WAVE2 siren will be used, while one will be left unconnected. Make sure to check the terminals closely before attempting to use the siren, as making the wrong connection could cause serious damage to both the Vista panel and the WAVE2 siren.

2. Power down the system. Completely power down your Vista system by unplugging its AC transformer from the wall outlet and then disconnecting its backup battery from its circuit board. The panel's keypad should have a blank screen if the system was powered down completely.

3. Wire to the panel. Open up the Vista panel and locate the bell output terminals on the system. The positive (+) terminal is terminal 3 on the circuit board, and the negative (-) terminal is number 4. You will then connect an 18 gauge, 2-conductor wire to these terminals. An end from one of the conductor wires will screw into terminal 3, and an end from the other conductor wire will screw into terminal 4. Make sure that the connect is secure and steady, but not so tight that it will prevent you from unscrewing the terminals later if needed.

Meanwhile, the conductor that is connected to the negative (-) terminal on the Vista (terminal 4) will connect to the GND terminal on the WAVE2 siren. Once both the connections have been made, check to make sure that they are both secure and stable, but not overly tight.