How Many Wireless Zones Are On A Lyric Alarm System?

The Honeywell Lyric controller is a self-contained security system built into a touchscreen display keypad. Similar to its the predecessors (LYNX Touch series), the Lyric has a built in RF receiver and is designed to work with any of the Honeywell 5800 series wireless sensors. Well the Lyric now supports a new line of SIX technology sensors designed to offer longer range and integrated RF signal strength readings and battery levels.

They Lyric supports up to 128 wireless zones including garage overhead doors (zones 127 - 130). Zones 1 and 2 are hardwired zones so these are skipped over if you are only using wireless sensors. Additionally, there are 32 RF key button zones (5800 series or SiX series key fobs), up to 8 SiX Series wireless keypads, and 12 Temperature zones that can be used as high and low temp thresholds.

Prior to the release of the Lyric, most Honeywell panels only supported up to 48 zones except for the LYNX Touch series which maxed out at 80 zones on the L7000. The Lyric is a great system for larger residential and commercial spaces with its expanded RF capacity. 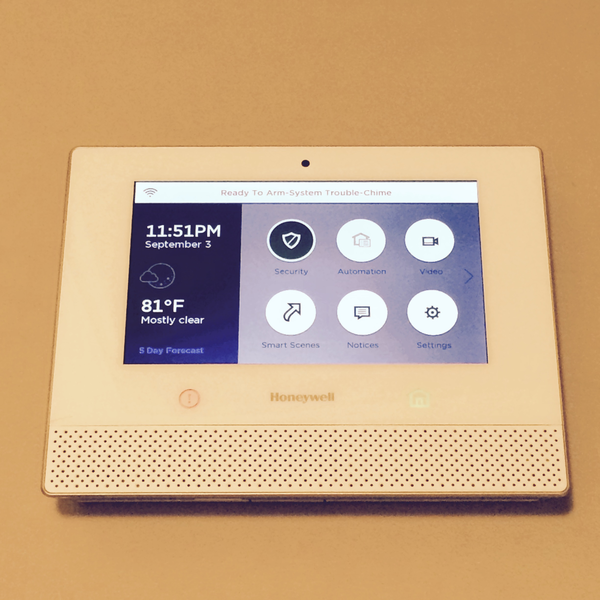 For more information on configuring hardwired zones on the Lyric controller check out our FAQ.