Resetting an IPCAM-WOC2 to Use On a Different Network?

To reset the IPCAM-WOC2 to be used with a new network, you must set it back to factory default. Do this by finding the reset switch in the wire loom behind the camera, then pressing and holding it until the LED on the camera begins to blink white. Do this while power is applied to the camera.

The IPCAM-WOC2 is the replacement camera for the now defunct IPCAM-WOC1. There are many similarities between them, such as the way in which they are reset. Usually, in order to delete a camera from an account, the user would log into Total Connect 2.0 and delete the camera from there. However, sometimes this isn't done. One example of this is when a user decides to sell a camera that they have used on their own account, but they fail to remove the camera from their account before sending it to the new owner.

The new owner will not be able to join the camera to their network, and won't be able to add it to their Total Connect 2.0 account. One way you can determine that this is the issue is that the camera's LED will not behave in the expected way while setup is being attempted. The new owner needs a way to join the camera to their network and to make the camera available for use with TC2. Another example of when this process becomes necessary is when a camera owner changes their network settings. They must reset the camera to prepare it for joining the new network. Factory resetting the camera will prepare for this process, and will also make it available to be added to Total Connect 2.0 once it is online.

To reset an IPCAM-WOC2 in order to change networks, and/or be added to a new Total Connect 2.0 account, do the following: 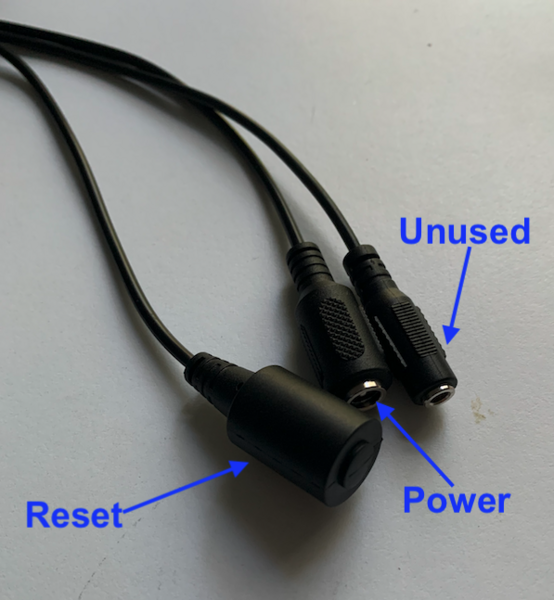