An LT-Cable is a universal system cable that makes it easier for a user to get power to their alarm panel. It consists of two parts that meet with a male-female barrel connection. Many users will use an LT-Cable because it comes pre-prepared and eliminates the need for stripping wires. 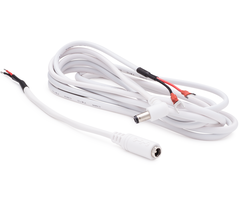 The long portion of the LT-Cable is 8 feet long. One end is a male-barrel connector that connects with the shorter portion of the LT-Cable. The other end features spade connectors that can connect with a plug-in transformer. If an AC transformer is being used, then polarity doesn't matter, and either color space connector can connect with either transformer terminal. However, if you are using a DC transformer, then polarity is important. You should connect the black wire with the negative (-) terminal, and the red wire with the positive (+) terminal.

The picture below shows the long portion of an LT-Cable: 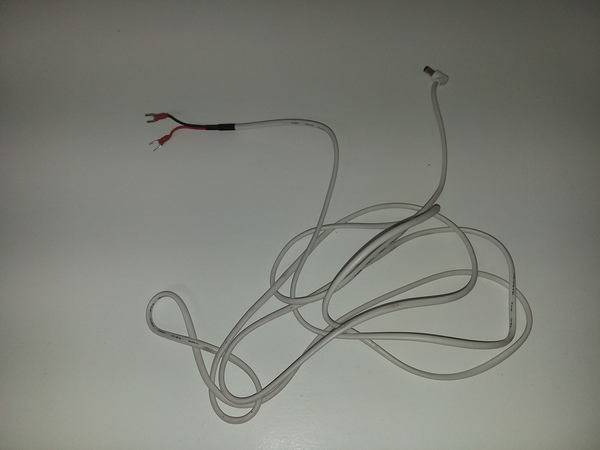 The short portion of the LT-Cable is 7 inches long. One end features two pre-prepared and stripped wires. These are used for connecting with the power terminals on the board for the alarm control panel. If DC power is being used, then polarity must be followed. The black wire should connect with the negative (-) terminal, and the red wire should connect with the positive terminal. Polarity does not matter with AC power, and either end can connect with either terminal in that case. The other end is a female-barrel connector that connects with the male-barrel connector end on the long portion of the LT-Cable.

The picture below shows the short portion of the LT-Cable while connected with a 2GIG GC2 Alarm System: 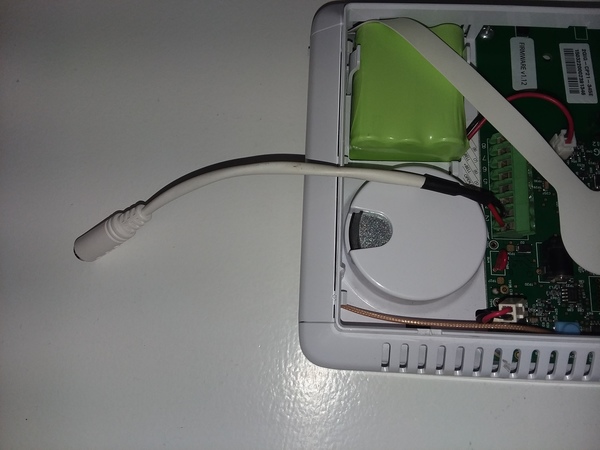 The biggest reason to use an LT-Cable is to prevent the need for stripping wires. Thanks to this wire, most modern alarm systems can be installed using nothing more than a screwdriver. Additionally, most wireless alarm systems can use a compatible desk mount so that they do not need to be mounted to the wall. This can eliminate the need for drilling any holes in the wall.