What is the Range of a Honeywell 5816OD Outdoor Wireless Sensor?

The range of a Honeywell 5816OD outdoor wireless sensor is approximately 200 feet away from the security panel or the receiver. It is possible for this range to be reduced due to the presence of obstacles, such as thick concrete walls and large metal objects that are in the immediate area. 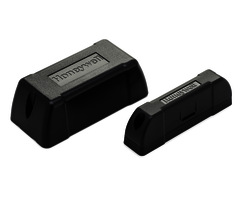 If you find that your 5816OD is having trouble communicating with the panel, then it is possible to extend this range using a wireless repeater. A great wireless repeater to use for this purpose is the Honeywell 5800RP. This repeater works by receiving the transmission from the sensor, then repeating it to the receiver at the same strength at which it was received. When distance is the only issue, the 5800RP will always work. When environmental obstacles such as large metal objects, or thick concrete walls are the issue, the 5800RP may, or may not, be able to overcome these obstacles.

The 5816OD is both weatherproof and water-resistant, making it great for virtually any environment. The rubber seal on the back of the sensor will prevent water from getting inside and causing damage. The sensor is safe for use in temperatures ranging from -40 degrees to 150 degrees Fahrenheit, so extreme cold or heat should never become an issue. The device is also very easy to install on almost any type of surface, including wood, vinyl, plastic or metal. Some users choose to paint the 5816OD so that it blends in better with its surroundings.

The included magnet of the 5816OD should be placed within 1.5 inches of the sensor so that it functions properly. Many users install these devices on their fences, on their outside patio doors and on their sheds as a way of knowing if an intruder opens one of these doors or gates. When installing the sensor, it should be placed on the stationary portion of the fence, door or gate. The included magnet should then be placed on the moving part. This will prevent the sensor from being damaged when the structure is opened or closed.