Can I connect the Lyric Gateway to Phone Line Monitoring?

No, the Lyric Gateway cannot be connected for phone line monitoring.

The Lyric Gateway cannot be connected to a traditional phone connection. When alarm systems were becoming commonplace, phone lines were pretty much a standard. The idea was, you have a phone line, you may as well use it to send alarm signals. Now, standard copper phone lines are going the way of the dinosaur, and are being replaced by an Internet connection. Now the idea is, everyone has an Internet connection, may as well use it. The problem is, whereas the FCC required all types of redundancy, so that your phone line could remain active, even in the event of a power outage, the same does not apply to your Internet connection. At least not yet. Because of the shift from traditional phone service, to internet based services, alarm manufacturers have begun to release panels with no phone connections, and the Lyric Gateway is one such panel. For this reason, the system will need to communicate using one of its three available paths - Ethernet, WIFI or Cellular.

The Lyric Gateway is the newest Honeywell all in one wireless system. The Lyric Gateway is manufactured with a built in WIFI controller and integrated Ethernet jack. The top of the system has hidden expansion bays where a cellular communicator can be installed. There is a Verizon and AT&T cellular communicator available for purchase and the user will want to select the communicator that corresponds to the strongest signal in their area. Operation is the same with either cellular module. The Gateway can use any communication path as its sole method of communication (Ethermet, WIFI or Cellular). The Gateway can also combine WIFI or Ethernet with cellular in a Dual Path configuration. This is how you can retain that redundancy that used to be available on your phone line. In a dual path configuration, the system will automatically switch to cellular communication if Ethernet or WIFI fails.

The Lyric Gateway has a built in Z-Wave Plus controller. The Z-Wave Plus rating includes many improvements over the original Z-Wave rating. Improvements include; having a longer range, improved battery life on Z-Wave devices, better network management and two way wireless communication that automatically repeats communication messages if one fails to reach its destination. The system supports up to 76 Z-Wave devices mapped in simultaneously. Within these 76 devices, the system can have 6 Z-Wave thermostats, 6 Z-Wave door locks, 4 Z-Wave garage door openers and 60 Z-Wave light and appliance modules. 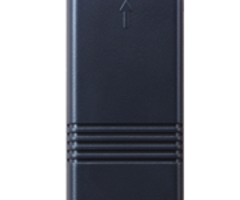