Can You Turn Off the Siren on a 2GIG GC3?

The siren can be fully disabled by unplugging it from the main system. The siren plug is located in the lower left hand corner of the panel. The backup battery plug is located near the middle of the board right next to the battery itself. There is also a speaker connector, which is where the voice, and lower dB beep sounds originate. Unplugging the siren connector will not disable the voice and arming/disarming beeps, and unplugging the speaker connector will not disable alarm siren sounds. 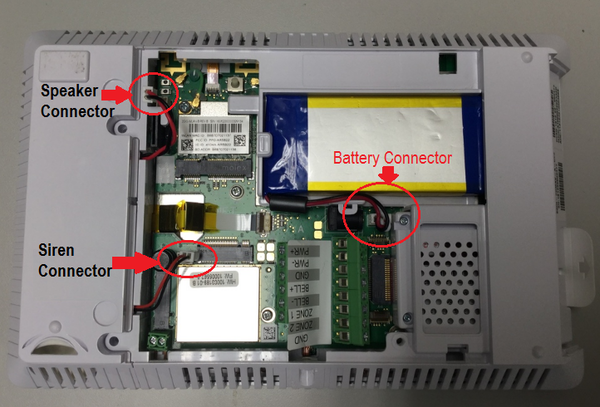 Complete the following steps to unplug the siren from the GC3: