How Do I Check If the Tamper Switch On My Lyric Controller Is Bad?

You can see the Lyric tamper switch in the picture below. It is located on the far right of the image. Note that the Lyric back cover has been removed to show the tamper switch. 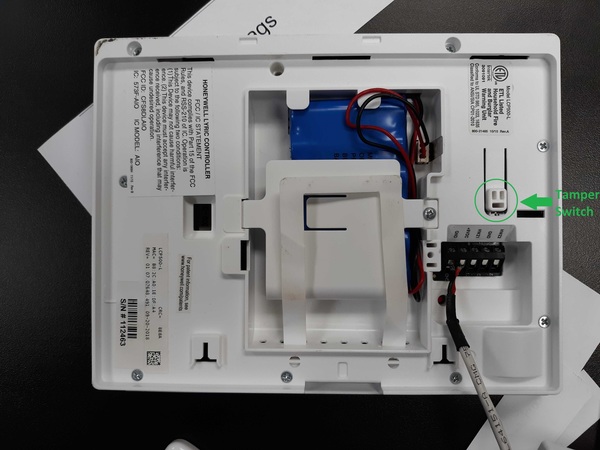 Many people mistakenly believe that their tamper switch is broken because they have the backplate for the system installed incorrectly. The Lyric Panel is actually very finicky with its backplate. You need to fully lock it into place. You should also press upward on the area where the set screw goes to make sure that the cover is in its proper place. It is also recommended that you add the set screw at the bottom of the Lyric System to prevent the backplate from coming loose.

You can see the location of the set screw in the image below. Note that we removed the set screw from our system. This is just to show where it goes. 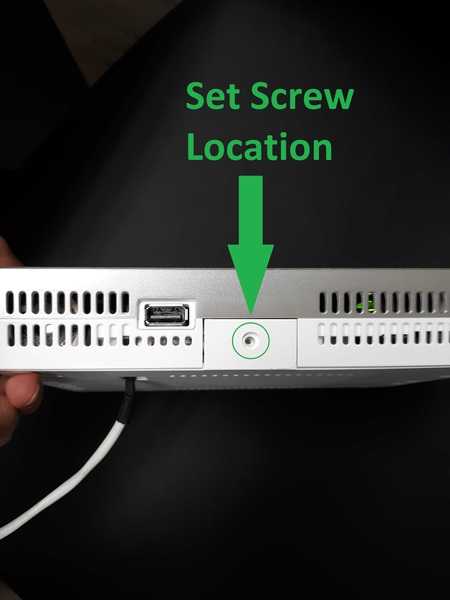 If you need to check if your tamper switch is working correctly, complete the following steps:

3. Hold down the switch. Press and hold the tamper switch that is found on the back of the panel. This switch is shown in an earlier picture in this FAQ. It can only be accessed by removing the back cover. You should feel a distinct "click" when you press the button. Keep it held down as you continue this process.

5. Confirm the trouble clear. If the tamper switch is functional, then the Check 900 Trouble should clear from the system after you disarm. You can then release the tamper switch. This will cause the panel to begin beeping again, and the Check 900 condition will reappear. This is normal. Press the Home button on the front of the panel to quiet the system. Then reapply the backplate, making sure that it is securely in place. You may want to add the set screw to prevent it from slipping out of alignment. Then clear the trouble by arming and disarming the system like you did in Step 4. The only difference is that this time you will not need to hold down the tamper switch, as the backplate should be doing that job for you!

NOTE: In some cases, when the Lyric is wall-mounted, the screws used to hold the backplate in place may be screwed down too tightly. If this occurs it can cause the plastic of the backplate to warp slightly. This can prevent the portion of the backplate meant to press in the tamper switch from doing so. Use the steps above to verify the tamper switch is functional. Back the mounting screws out from the backplate by about half (1/2) a turn. Mount the panel back to the mounting plate. Install the set screw, then arm and disarm to see if the trouble condition clears.