How Do I Set the Installer Code Back to Default on an Interlogix Simon XT?

You can set the Installer Code back to default on a Interlogix Simon XT by entering System Programming with the panel's existing Installer Code, entering the Access Codes Menu, choosing the field for Installer Code, and changing it to its 4321 default. Or you can factory default the system. 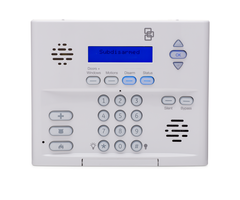 On an Interlogix Simon XT System, the Installer Code is used for getting into System Programming. You can also do this using the system's Master Code and Dealer Code, but if you use the Master Code, then not as many options will be available. For example, you can only access Sensor Programming for making changes to system zones by using the Installer Code or the Dealer Code. Basically, you should always know your system's Installer Code and/or Dealer Code so that you can make system-level programming changes. If you lose both, then you are effectively locked out of programming, and the only way you can get back in is to factory default the system so that its Installer Code will be reset to its default of 4321. Additionally, the system's Dealer Code will also be reset to its default during a factory default, provided that the option for Phone Lock is set to OFF, which is the default setting.

An interesting aspect regarding codes on the Simon XT is that the Installer Code and the Dealer Code both have the same default of 4321. This is the only way that both the Installer Code and the Dealer Code can be the same. In other words, if you change either one of the codes to something other than 4321, and you leave the unchanged code alone, then you will not be able to manually set the code you changed back to its 4321 default. This is because the unchanged code is already using the 4321 entry, and the Simon XT does not allow you to manually set two (2) or more separate codes to have the same entry. The only way to get both of these codes back to their 4321 default after changing one of them is to factory default the system. You may want to read this FAQ, which explains the differences between the Installer Code and the Dealer Code on a Simon XT System.

It is recommended that you keep both the Installer Code and the Dealer Code for your Simon XT System at their default of 4321. We do not recommend changing these codes. This is because losing these codes would make it difficult to get back into programming. Even if you forget the 4321 code, you can always look it up on the internet as the default Installer Code and default Dealer Code for the Simon XT System. Additionally, keeping these codes at the default does not represent a security risk because you cannot disarm the system using either code. Even if an intruder happened to know the 4321 default code, they wouldn't be able to disarm the system with it. Conversely, you should definitely change the system's Master Code, its main arming and disarming code, away from its 1234 default.

There are two ways to change the Installer Code for a Simon XT System back to the default. The first is to manually change the code back to its 4321 default, which you can only do if you know the current Installer Code or the current Dealer Code, and no other code slot on the system is currently using 4321, including the Dealer Code. We will cover that process step by step in its entirety at the end of this FAQ.

The second way to get the Installer Code back to its 4321 default is to factory default the system. But factory defaulting the system has many associated consequences, the biggest of which is that it will clear out all of the system zones, meaning that you have to reprogram the entire system from scratch. To factory default the Simon XT, power down the system completely, and hold down the front four (4) buttons labeled, "Doors + Windows", "Motions", "Disarm", and "Status" while the system is being powered back on. You must also hold down the tamper switch while doing this. As long as the system is on its backplate correctly, then the tamper switch will also be held down. Most users find that it is helpful to ask a friend to plug in the system's transformer while they hold down the buttons, as trying to do both tasks on your own at the same time can be extremely challenging. For more information on factory defaulting the Simon XT, please review this helpful FAQ.

If you want to manually change the Installer Code for a Simon XT back to its default, complete these steps:

2. Enter Access Codes Menu. After you enter System Programming, the Access Codes option should be the first option that is displayed. If it isn't, then you can use the up and down arrows to scroll between different programming options. Once Access Codes is displayed, press the OK button to enter that sub-menu.

4. Return to home screen. Your Installer Code setting saved once you press the OK button after entering the code. You can now return to the home screen by repeatedly pressing the Status button on the front of the panel.