How Do I Use the SiX Programming Feature on the Lyric Security System?

Using the SiX Programming Feature on a Honeywell Lyric

You can use the SiX Programming feature on the Lyric Security System by accessing the menu from within Installer Programming. A Honeywell SiX Series Sensor can then be enrolled with the panel by inserting its batteries or removing its battery tab to power it on. Then configure its settings.

The SiX Programming feature offers a fast and easy method for enrolling a Honeywell SiX Series Sensor with a Honeywell Lyric Controller. The process involves accessing the appropriate system menu and then powering on the sensor to enroll it. Please note that you may need to default the SiX Sensor first if it was enrolled with a previous system. This can be done by holding down the tamper switch while applying power to the sensor by inserting the battery. Sensor default is only available for the first 24 hours after a sensor has been paired with a system, and has remained powered up for the full 24 hours. For SiXFOBS, the option to default is available until the fob has completed its first 100 transmissions.

The instructions below assume that the SiX Sensor is unpaired and ready to be enrolled. You can identify that the device is ready to enroll, as its LED status light will be rapidly flashing green any time the system transmits.

1. Access the feature. Start from the main screen of the Honeywell Lyric Controller. Go to Security > Tools > Installer Code (default 4112) > Program > down arrow > SiX Programming. You will have accessed the SiX Programming Menu for enrolling new SiX Series devices. 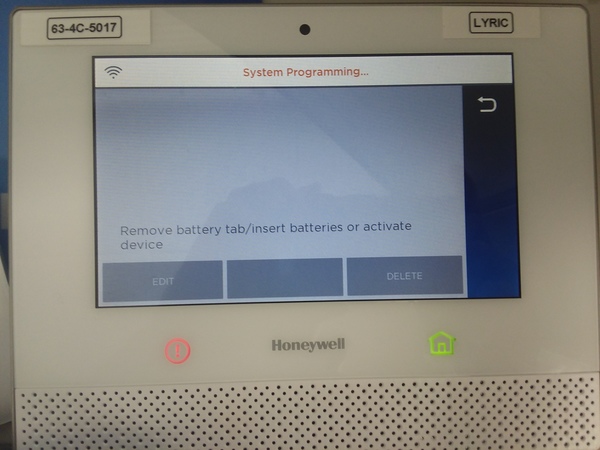 2. Activate the sensor. Take your SiX Series Sensor, and insert its batteries to power it on. The panel should recognize the sensor and beep to indicate that it has been recognized. Please note that you may need to fault the sensor or its tamper to have it acknowledged. 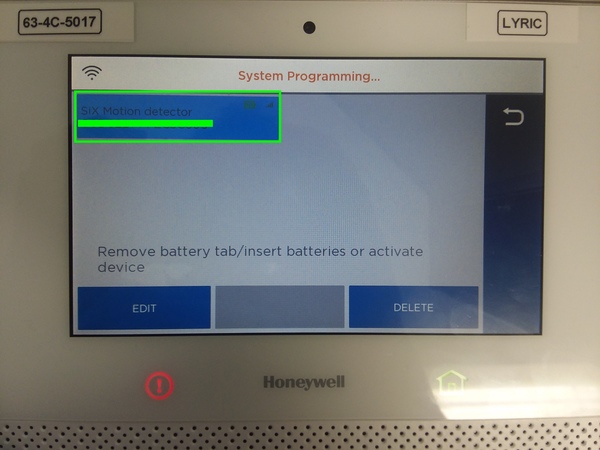 3. Adjust the settings. Press the Edit button in the lower-left corner. You can then configure the settings for the sensor. Go through the fields and make all the necessary changes. The options shown will vary depending on the type of sensor being learned. 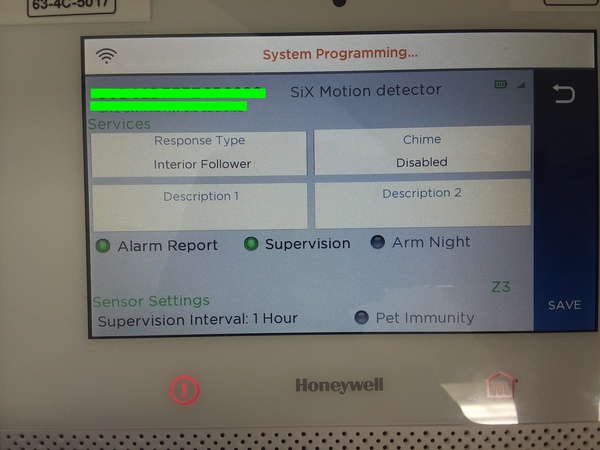 4. Save the settings. Press the Save button in the lower-right corner to save your changes and add the sensor to the system. The sensor will automatically be assigned to the next available system zone. You can access the sensor at any time within Zone Programming. To exit programming, keep pressing the return arrow in the upper-right corner until you return to the main screen.