What is the difference between a 4GL and 3GL?

The only difference between a Honeywell 3GL and 4GL is the name. The unit is the same.

The G in 4G and 3G stands for “Generation”. 3G units are 3rd generation (generally speaking) and 4G is 4th generation. Because there’s not really a binding standard for calling something 3G or 4G there can be a lot of confusion about these terms, but in general, the biggest difference between the two is the speed at which they can transfer data, particularly large amounts of data, such as for streaming video. Because alarm systems don’t transfer large amounts of data, both 4G and 3G technology are adequate. When Honeywell introduced the 4GL, they did so because 4GL sounds better than 3GL, and for all intents and purposes, with this device, the terms are interchangeable. Some people cried foul, though, so Honeywell changed the name from 4GL to 3GL, though the device itself is the same.

The Honeywell 4GL and Honeywell 3GL are both compatible with the Lynx Touch 5210 and Lynx Touch 7000 alarm systems. The 4GLs production was discontinued but the unit is still a functioning communicator and is fully supported by AlarmNet. For the sake of simplicity, we will only use the 3GL product title for the remainder of this FAQ.

The 3GL installs into the Lynx 5210 and Lynx 7000 in the same fashion. By opening the panel the unit can be screwed down on the left side of the panel’s board. The unit comes with a mating module which physically connects the communicator’s board to the panel’s board. The unit uses the same interface as the ILP5 - which is an Ethernet communication module. As such, a user will need to decide whether they want to use cellular communication or Ethernet communication on their system, as you can’t use both at once. The 3GL is still able to operate in a dual path communication mode. With a L5100-WIFI module installed in conjunction with the 3GL, the unit is able to communicate over both Cellular and WIFI. When WIFI is available, it’s used, if WIFI goes down, the unit switches automatically to cellular communication.

The 3GL can be fully supervised with AlarmNet 24 Hour or Monthly supervision. With this enabled, the unit will send a check-in message to AlarmNet every 24 hours or 30 days. If a signal is not received by the end of the timer cycle, Alarm Net will send a Comm Fail notification to the central station. The 3GL is Total Connect 2.0 ready, and can allow a user to remotely interact with their system. The 3GL can also be used as the sole form of communication. This is very convenient for panels that are installed with no other forms of communication available. Homes with no internet, detached buildings and garages, remote areas that only have cell service, food trucks and many other locations could benefit from having a cellular only alarm system for monitoring. 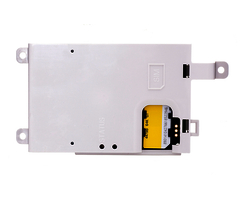