Why can't I clear Tamper on my SIXCT?

The SIXCT is a wireless, encrypted Door/Window transmitter, with a wired zone input, as well as a reed switch, for use with panels that support the SIX Series Encrypted wireless devices. Each SIXCT can use up to two zones, and is supervised for Tamper, Check-in, and Low Battery. 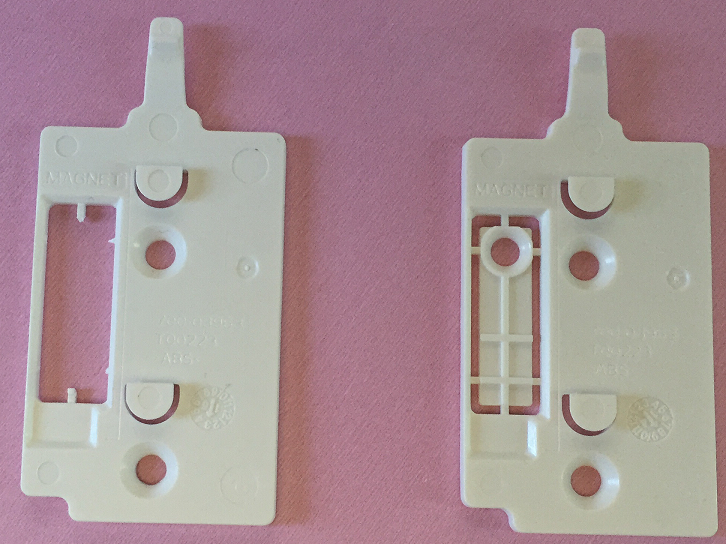 The SIXCT has both a cover tamper, and a back or mounting tamper. Both tamper inputs are always active. The SIXCT comes with a mounting bracket that should be installed along with the transmitter. The purpose of this bracket, aside from making the mounting process easier, is to depress the Back/Mounting tamper, when the SIXCT is properly installed, and give you the option of using this tamper. In the picture above, you can see how a mounting bracket with the back tamper cover in place looks (the image on the right) vs. one with the back tamper cover removed (the image on the left). In order to use the tamper, you must mount the device to a substantial anchoring point, such as a stud, or door/window frame. 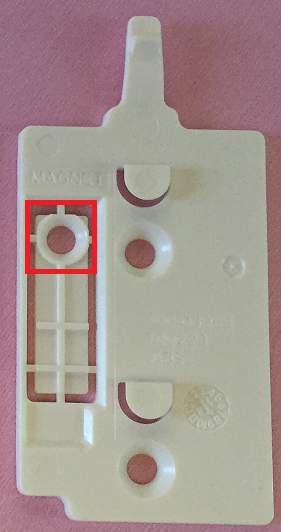 Install a screw through the hole visible in the breakaway section of the mounting plate, and secure it to the stud or frame. Once done, mount the SIXCT to the mounting plate. The plate will hold down the back tamper, but if someone attempts to pull the SIXCT off the wall, the breakaway section will give way, thus faulting the back tamper, and putting the device into tamper trouble, even if the cover remains intact.

The issue that sometimes occurs with these devices, is that some people believe they don’t need the mounting plate, in which case, unless you tape down the back tamper, it will always be faulted. Others see the breakaway section in the mounting plate and think they are supposed to remove it before mounting, in which case even with the mounting bracket in place, the back tamper is always faulted. In this case, you would have to find some other way to secure this tamper in order to use the SIXCT. Hopefully, this FAQ helps to keep the latter scenario from happening.