A wired door sensor may not show the correct status on the system due to a wiring issue like incorrect End of Line Resistor placement, faulty programming or a combination of these problems. In order to determine the source of the issue, all of these potential problems must be considered.

Make the following checks to determine the cause of your faulty door sensor: 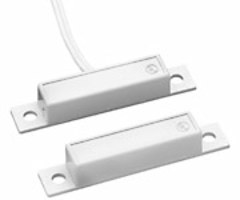