Encrypted wireless motion sensors use encryption to prevent any hacking or takeover attempts by intruders. This can be very important for ensuring that your security system always works the way that it should. Make sure to check compatibility when choosing sensors. Buy encrypted motion sensors here. 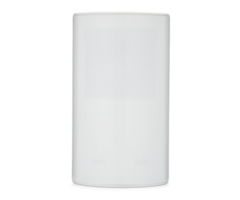 Encrypted wireless motion sensors can make a very nice addition to your wireless security system. These device transmit across secure signals that cannot be easily hacked or taken over. Many of these sensors also use techniques to combat against RF jamming that can stop non-encrypted from working properly. But using encrypted sensors can provide you with peace of mind in knowing that your sensors are extremely unlikely to be disabled by a savvy intruder. Remember, that you will need to choose encrypted wireless motion sensors that are compatible with your security system.

Other than using encrypted wireless communication, encrypted motion sensors are not very different from non-encrypted motion sensors. These devices use the same techniques for detecting movement. The typical motion sensor uses passive infrared (PIR) technology to sense motion. This involves looking for changes in infrared (IR) energy that occur with movement. Every person and object gives off a small amount of IR energy. When a new person or object comes within the sensor's field of view, it will detect their IR energy. The sensor will know that someone is present, and it will alert the alarm system..