Why am I Getting Supervision Trouble on My 2GIG eSeries Sensor?

You are getting supervision trouble on your 2GIG eSeries Sensor because either the panel cannot detect the sensor, or the sensor is programmed with the incorrect Equipment Code. A panel will be unable to detect a wireless sensor that is outside of signal range or not properly powered on. 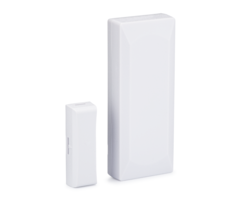 RF supervision trouble traditionally indicates that a panel is unable to detect a sensor. This is due to one of two (2) possible reasons. Either the sensor has been powered down, or it has been taken outside of wireless communication range. A wireless sensor will power down if its battery is removed or if its battery voltage has dropped too low, and the battery requires replacement. Likewise, a sensor can only communicate within a certain range. If the sensor is taken outside this range, then the panel will be unable to detect it, and supervision loss will occur. For reference, the wireless signal range for a 2GIG eSeries Sensor is roughly 350 nominal feet. Obstacles such as thick walls and large metal objects can reduce this range. In these cases, you will need to power the sensor back on with a fresh battery and/or bring it within wireless signal range. From there, you should clear the trouble on the 2GIG GC2e or GC3e.

But some users might find that they are still getting a supervision loss condition for a 2GIG eSeries Sensor that is both powered on and within signal range. This is likely due to an improper Equipment Code being set up with the associated wireless zone for the sensor. For older, non-encrypted sensors, setting the equipment code was more of a formality, and it didn't usually affect performance, as long as an appropriate equivalent was programmed. But since the 2GIG eSeries Sensors use encryption, programming the correct Equipment Code is more important. The panel relies on this information for periodically checking on these sensors for RF supervision. If an improper Equipment Code is set, then the panel won't be able to receive a successful check-in signal from the sensor, and supervision trouble will occur. The problem should correct itself after the proper Equipment Code has been set for the zone and the panel has received a check-in signal to indicate that the sensor is communicating properly.

For a 2GIG Panel, the Equipment Code for each zone is set when programming the sensor. You can change the existing Equipment Code for a wireless zone on a GC2e or GC3e System quite easily. For both systems, enter the System Configuration Menu, locate the wireless zone, and adjust its Equipment Code to the correct option. Remember that you will need the Installer Code to access the System Configuration Menu. The default Installer Code for a 2GIG Panel is 1561. We recommend keeping this code at its default to avoid being locked out of programming.

For a listing of the current 2GIG eSeries Equipment Codes, please see the table below: