The 2GIG Go!Control and the Honeywell L5100 are both self contained wireless security systems. A self-contained system means that the logic board of the alarm system that is traditionally found in a metal cabinet is now integrated inside a touchscreen display keypad. That is not all. They both have built-in sirens that will provide plenty of noise in a small to medium sized home or business. They both ship with an AC transformer that requires it to be plugged into a 120VAC power outlet. Wiring is sold separately and we recommend 18 gauge 4 conductor stranded cabling. Both alarm panels have an approximately 4.7" touchscreen which simplifies programming and daily use. Although these panels are very similar there are some very important differences. 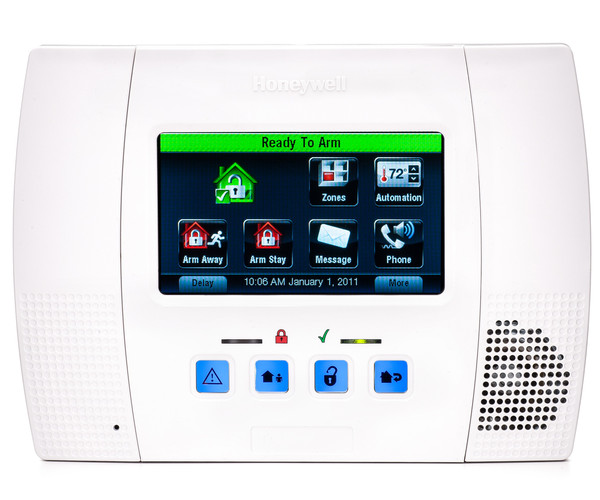 Although both panels have a graphic touchscreen, the L5100 has a much better layout. The Honeywell LYNX Touch layout is much more intuitive when it comes to finding settings and especially when programming zones. The experience of Honeywell's engineering department shines when it comes to deeper level programming on the L5100. Anyone can program an L5100. The Go!Control is question based rather than icon based. This serves to require a programming guide and traversing menus is not very fluid. However the L5100 (Unlike the L5200 and L7000) does not support firmware updates. There were two generations of the L5100: Revision 5 and 6. The firmware for these panels can never upgraded. Whereas the Go!Control has always supported firmware upgrades. Another huge factor in favor of the Go!Control panel is the integrated automation controller. 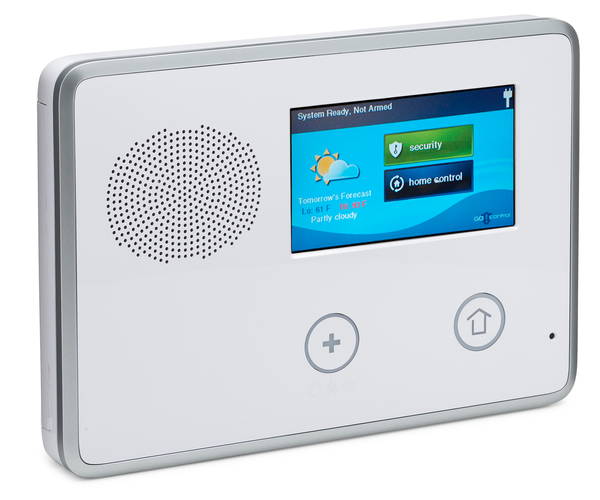 The 2GIG Go!Control panel is a robust, Z-wave automation controller that supports up to 232 Z-Wave devices. Z-Wave can be finicky and the 2GIG does a great job of smoothing out the bumps on the road to home automation. The L5100 does support Z-Wave technology. However it requires a separate module in the form of the L5100-ZWAVE which supports 40 lights, 3 thermostats and 4 door locks. The automation features on the L5100 are simply more limited when it comes to compatibilities and ease of use when configuring scenes, rules and scheduling.

Both panels support cellular communications via the use of a module that is installed inside the keypad. The big winner here is the Go!Control for one simple reason: Verizon. Honeywell only supports cellular communicators that use the AT&T cellular network. Although they have a vast network there are pockets across the country that only have Verizon. The Go!Control CDMA-ready radio is major factor along with the interactive services of Alarm.com.

All in all, the panels are very similar in hardware but when it comes to software there are distinct differences. The newer generation LYNX Touch panels (L5200 and L7000) have addressed some of the issues of the L5100. Although the Go!Control will always be a better automation controller. These are two very solid wireless systems.