Can A 2GIG GC3 Be A Z-Wave Controller W/O Monitoring?

Yes, the 2GIG GC3 has a built in Z-Wave module that does not require monitoring to control Z-Wave devices.

The 2GIG GC3 is compatible with any Z-Wave network and with other Z-Wave certified devices from other manufacturers.

Listening for Devices to Add will appear with a message in the middle of the screen that reads “Add Devices Now”. Trigger the Z-Wave device you want to add. Example: a light switch, flip the switch. Each device is different so follow the device instructions and trigger the device as instructed.

Once the device is added, users have the option to “rename” the device. Tap “Rename” and a touchscreen keypad appears. Type in the description > Done. The new name will appear under Listening for Devices.

Tap the < arrow to return to Smart Home Settings menu.

Once Z-Wave devices have been included into the 2GIG GC3 panel, users can set up scenes and rules.

In addition to the security benefits of a monitored 2GIG GC3 system, a great advantage is having an Alarm.com account. An Alarm.com account provides the user with the ability to control the alarm system, home automation and video surveillance from any smartphone, computer and/or iOS device. Users can control Z-Wave thermostats, door locks, light switches, blinds, water valves and light bulbs. Users will also receive notifications via email and or text message on any alarm signal or event. 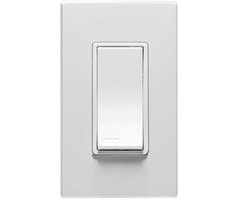