Can I use a wired siren with a 2Gig GoControl?

There are two ways to setup wired sounders with the 2GIG Go!Control alarm panel. Inside the self-contained control panel there are wired terminals for a bell output (terminals 5, 6) and an open collector (terminals 3, 4). The bell output allows you to connect a wired siren directly to the panel with out any other hardware. The limitation here is that the bell output only pushes 120mA at 6-12VDC. Most sirens draw around 500mA in order to output the higher decibel sound. However Honeywell offers two low current draw sirens that output up to 106dB!

The Honeywell WAVE2PD is a piezo sounder that draws only 120mA at 12V and outputs a siren at 105dB. The piezo tone is an ear piercing noise that will add that extra oomph to your security system. The WAVE2EX is versatile unit with the ability to choose a high or low output settings using the dip switches. The "high" output setting draws 110mA at 12V and produces a sound pressure of 106dB. The low output selection draws only 60mA and produces a siren at 100dB. Both models have screw terminal blocks that require no soldering.

The bell output terminals should be supervised. By default, "Q21: Siren Supervision Time" is set to (0) which disables supervision. We recommend setting this selection to (1) - "15 seconds." The control panel will display a trouble message after 15 seconds of a wire cut between the Panel and sounder. This will send a bell trouble report to the Central Station if the system is monitored. In order to supervise the line, you will need to source an 820 ohm resistor (sold separately) and wire it in parallel across the terminals of the sounder. In some cases, you may be forced to use the resistor if there is very low current draw or any humming or noise on the line.

The other option for connecting wired sirens is through the use of the open collector. The open collector will output up to 250mA at 16VDC. This method will require a relay such as the Altronix RBSNTTL super-sensitive relay. Then you would need to connect a wired siren to the relay. After the wiring has been completed we will need to program the open collector to follow the internal sounder. On "Q78: Select Output (00‐12)" choose (11) Follows Internal Sounder Alarm.

**Please note: Do not use an electromechanical sounder. It will damage the outputs!** 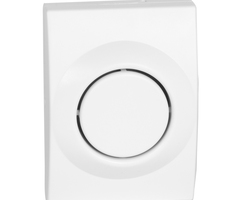 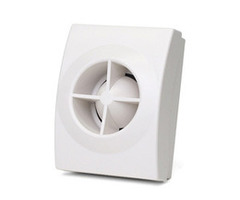