Does the Lyric Gateway Have a Wire Trigger?

No, there are no available voltage output triggers on the Lyric Gateway.

Alarm systems like the Lyric Gateway have inputs, and outputs. An input is a way in which information is conveyed to the alarm system. Keypads, or touchscreens act as input devices. You use them to tell the system to arm, disarm, bypass a zone, etc. Zones that are programmed on a system also act as inputs, letting the system know when an off-normal condition is present. A Keypad or touchscreen also acts as an output. Outputs are ways in which the alarm panel notifies those around it of relevant events, such as alarms, AC Loss, Low Battery, etc. Voltage triggers are outputs usually used to activate a 3rd party piece of equipment, to notify of a certain event. For example, you might activate a voltage trigger upon a burglar alarm, and connect the trigger to a low current relay with an external power supply and a high current sounder. In this example, the trigger is telling the relay to change state, and when it does, the high current sounder is receiving power from the power supply, through the relay, thereby sounding an alarm. In this scenario, you would also need to tell the trigger when to deactivate, and silence the siren. Since the Lyric Gateway doesn’t have voltage triggers, there are other ways it can output information.

One of these ways is via the SiX Series devices. In particular the SiXSiren, and the SiXSmoke. These SiX series devices act as inputs, letting the panel know when they sense an alarm, or a tamper. They also act as outputs, sounding an alarm when it occurs. The SiXSmoke will sound for Fire alarms only, and with the “One-Go-All-Go” feature enabled, if one smoke triggers an alarm, all smokes on the system will sound for that alarm. The SiXSiren will sound for alarms on all zone types that activate a siren, including Fire, Burg, Carbon Monoxide and Audible Panic. For supervision purposes, each SiXSiren is programmed to a Zone, and if, in zone programming, the chime feature is enabled, the siren will also sound a chime while the system is disarmed, if Chime mode is enabled on the panel, and a zone set to chime is faulted.

Z-Wave devices are another type of Output. Z-Wave features and devices are constantly evolving, and though the Honeywell panels don’t support Z-Wave devices as zone inputs, at least not yet, there are many ways in which you can use Scenes with Z-Wave devices to achieve an output, for example, you could include several Z-Wave lights into your system, then set up a Scene that tells the system, if a Burglar alarm occurs, turn on those lights. Each scene programmed into the Lyric Gateway can point to up to 10 different automation devices. 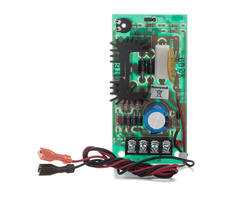 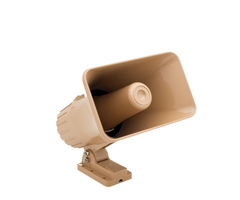 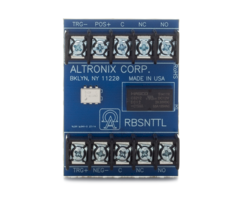